grade A
Overall Niche Grade
How are grades calculated?Data Sources

Since 1889, parents have looked to Missouri Military Academy to give their boys structure, responsibility and love they need to grow, compete and thrive — and become young men in full command of their lives.

Khaliguun Enkhbayar '19 was an international student from Mongolia. Here is what he had to say about his time at MMA:

"MMA has provided me with a lot of academic help... My mom says MMA has changed me a lot in a good way. MMA has helped me."

Enkhbayar became battalion commander (BC) his senior year at MMA, which is the highest position of cadet leader. He says: "I've wanted to be BC since sophomore year. When you receive awards at MMA and get promoted, you have honor and motivation. The promotion shows how hard you have been working... [When I became BC] I cried and kept thinking, 'I'm the first Mongolian commander.' I kept thinking, 'You are carrying your country's and family's name with honor and distinction.'" 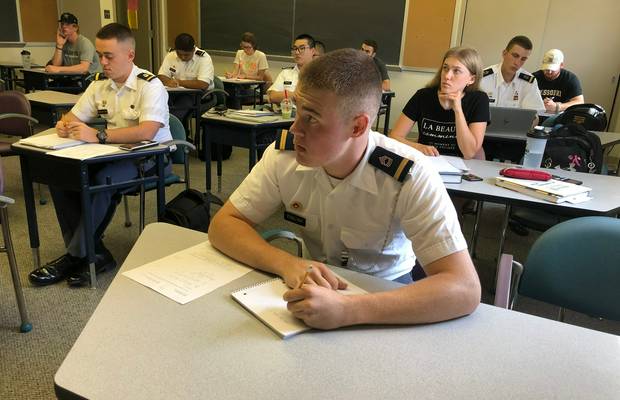 Rating 4.14 out of 5  140 reviews
Selecting a category below will take you to another page
All Categories
Rating 5 out of 5
I'm continually impressed with this school. My son feels very safe and cared about at this school. The communication from Administration is excellent. The offerings, in terms of academics, sports and off-campus excursions, are top notch and cadets can get dual credit with a local college. The galas and dances are wonderful (food, drinks, decor, entertainment, auction items). The men are good role models for the young, male cadets and I appreciate them encouraging my son in his leadership abilities. Highly recommend this environment for a young man to thrive!
Start Your Review of Missouri Military Academy
Rating 5 out of 5
MMA actually teaches and trains young men to recognize, develop, and apply their gifts snd potential that many times they don’t even know they have. This was the experience of both my grandsons! MMA is an amazing institution of learning and education and exceeded my expectations! The opportunities for extracurriculars is extensive including out of the ordinary classes on equine and rifle training ! Time management and respect and accountability are paramount in the culture. Being an international school provides diversity training on a whole other level. With MMA’s 133 years old, they know what to do snd how to do it♥️
Rating 5 out of 5
Missouri Military Academy gave me what I needed to succeed in life. A 360 well rounded education is a must nowadays. A military structure where values are present, some might call it old fashioned, well old fashioned or old school is what still keeps America running. Respect for others, beginning with respect for your peers, your teachers, your parents. Always putting the interest of the group first than oneself; teamwork. When at MMA I took several Advance Placement classes which gave me credits for College and this was back in the late 80’s! Today MMA students have the opportunity to graduate from Highschool with at least two years of College time worth. The only regret I have about my alma mater is not being able to have a son to send! Fortunately I got some nephews who will proudly attend!
Read More Reviews