grade A minus
Overall Niche Grade
How are grades calculated?Data Sources

The program of study at LHS is designed to provide each student with a quality education in English, math, science, social studies, global studies, and theology. The curriculum also includes a variety of electives to further enhance each student’s learning and to allow students to pursue their individual interests. In a one-to-one, Christ-centered environment, LHS teachers challenge students to think critically, work collaboratively and realize their God-given potential. 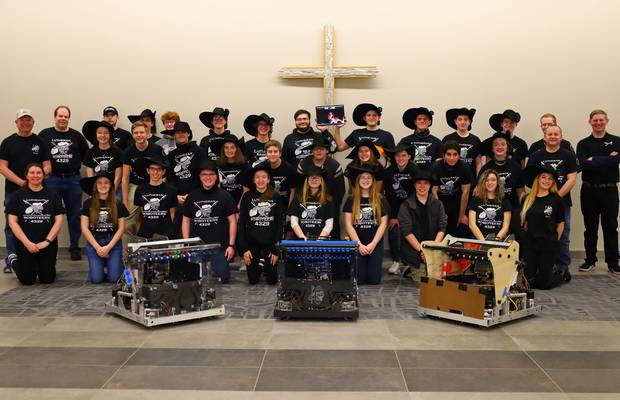 Rating 4.29 out of 5  72 reviews
Selecting a category below will take you to another page
All Categories
Rating 5 out of 5
Lutheran High School of St Charles County holds firm in it's belief that God-centered education is a priority in teaching through the inspiration that is offered by this belief. Most students have the same feelings and thoughts about why they chose to be a part of LHS. The student to teacher ratio is superior that allows for individual attention no matter the class, in all grades. The school is not all about education. The school holds the honor of having two state champions for the 2021 football and 2021 soccer programs!
Start Your Review of Lutheran High School of St. Charles County
Rating 4 out of 5
I love LHS (Lutheran High school of St. Charles County) I have been going to this school since my freshman year of high school and I have had the opportunity to see the school grow in so many ways. During the summer of my freshman year going into sophomore year, LHS implemented the funding that they had received from the LHS community to build a brand new wing of the school. With the help of parents, alumni, and other donors, we were able to supply the school with a second building entirely dedicated to STEM and music. The FRC robotics team that I have the honor of leading got a new shop built specifically for us; because of this, we were able to move out of the previous retired weight room that we were using for our shop. LHS has not only assisted me academically throughout my years of high school, but has also inspired me to pursue a career in STEM through the various activities offered. I am incredibly thankful to be a part of this community and excited to see my future through it!
Rating 5 out of 5
Both of our sons are graduates of LHS; both benefited greatly from the experience. At LHS they were prepared as promised - academically, spiritually, and emotionally - for college and beyond. The college prep aspect was apparent in their statements that many of their college freshman and sophomore courses were reviewing things they had learned and already covered in high school. The theology classes enhanced, expanded, and confirmed their faith at a critically important time as they "move away from home" and into a university lifestyle. And, thanks to personal growth at LHS, they were ready not only for college, but they were being prepared for their lives as adults after graduation. Simply stated, if given the opportunity to do it again, our entire family would do so as the parents, the students, and now as alumni.
Read More Reviews