Yearly Tuition
$20,985
Tuition is for the highest grade offered and may have changed for the current school year. For more information, please contact the school.
Received Financial Aid
28%
Average Financial Aid
$7,000
From Athens Academy

What sets an Athens Academy education apart from all others? Athens Academy is built on a foundation of four pillars: academics, arts, athletics, and service and leadership. These four pillars and our mission of "excellence with honor in the educational and personal experience of each student" are at core of everything we do, every day. We offer our students a highly talented and dedicated faculty and an innovative curriculum; integrated media and technology programs; an emphasis on integrity and honor, beginning in the earliest grades; a global approach to learning, to prepare them for success in a rapidly-changing world; opportunities for service and leadership beginning as early as Preschool; and a wide variety of options for creative self-expression through the arts, technology, athletics, and more. 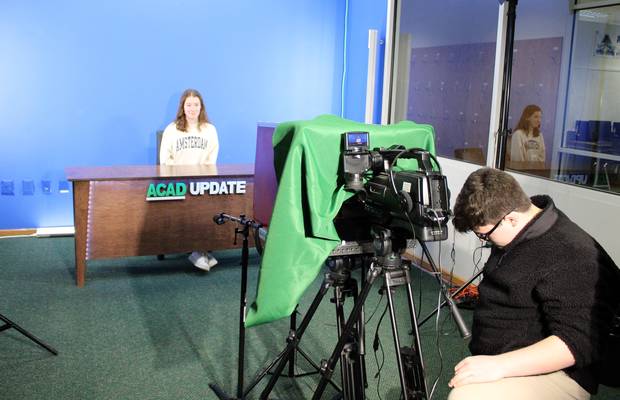 At Athens Academy, media and technology are woven throughout the curriculum beginning in the earliest grades--and this year our media production program celebrates 20 years! Students learn to create, edit, narrate, and produce content for school news shows, live webcasts, and special presentations. Tune in and enjoy a class play, a football game, or an orchestra performance!

Annual Cost
$9,525
Cost is for the most complete schedule offered and may have changed for the current school year. For more information, please contact the school.
Starting Age
This is the earliest age students may enroll in educational preschool programming for the school.
3 years
Pre-K Student-Teacher Ratio
The Student-Teacher Ratio for preschools is reported directly by the school.
7:1
Website
athensacademy.org
Schedule Options

Rating 4.25 out of 5  85 reviews
Selecting a category below will take you to another page
All Categories
Rating 5 out of 5
This school has been like a home to me. The teachers care about each student and go above and beyond to help us. We work hard but there is so much support to help us be successful.
I love that the school is small enough that I know everyone. The student body is like a big family -- we support and cheer for each other whether its in sports, drama, music, art, or anything else.
This is a wonderful school!
Start Your Review of Athens Academy
Rating 5 out of 5
I am new to this school but we did a TON of research before applying and enrolling. Athens Academy sets itself apart with it's academics as well as it's arts and athletics. It has everything.
To top it off, I have met new friends and everyone has been welcoming and kind. Coming to Athens Academy has been the best choice for myself and my sister!
Rating 5 out of 5
As a parent of a student at Athens Academy who started in Pre-K3 through graduation, I can attest to the consistency in the quality of educational experience and the nurturing of each individual student, by thoughtful, engaged and caring faculty and administrators. As each student passes to the next grade level and their strengths and needs change, the current teaching team preps the next set of teachers on how to best realize each student's potential. It is amazing the level of effort made to meet the mission of this school, to seek excellence with honor in the educational and personal experience of each student.!
Read More Reviews