grade B+
Overall Niche Grade
How are grades calculated?Data Sources

Florida’s public honors college, educating free thinkers, risk takers and trailblazers. Discover a public arts and science education driven by your curiosity, career aspirations, and individual learning style on a beautiful bayfront campus in Sarasota. Career engagement is integrated from day one, and alums go on to pursue remarkable careers and graduate degrees. 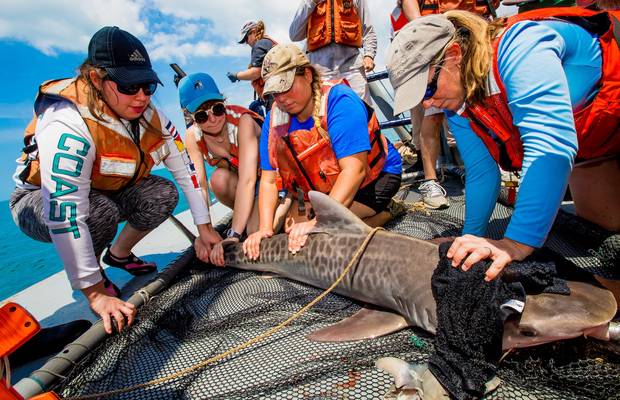 Students study and conduct research on our Bayfront Campus situated on Sarasota Bay. The Pritzker Marine Biology Research Center is home to more than 100 aquaria, anchored by a 15,000-gallon research and display tank. Each tank in the Living Ecosystem Teaching and Research Aquarium features different captive ecosystems, including a cold-water rocky shore and Sarasota Bay grass flats.

Full-Time Enrollment
646 Undergrads
Part-Time Undergrads
0
Undergrads Over 25
5%
Pell Grant
28%
Varsity Athletes
No data available  —
Poll
What one word or phrase best describes the typical student at this school?
Based on 23 responses
More
Read More About the Students

Rating 3.47 out of 5  456 reviews
Selecting a category below will take you to another page
All Categories
Rating 4 out of 5
The academics and professors are excellent! I picked NCF because of the small class sizes and private school feel. It was helpful to have a faculty advisor in my discipline throughout my time here, and I am thankful she pushed me to take courses outside my major. It is a plus to have established positive relationships with multiple professors in my field. I highly recommend using the on-campus resources (Writing Resource Center, Center for Engagement and Opportunity, librarians, Counseling and Wellness Center, etc.). I enjoyed living in Sarasota (there is a lot to do) and using the bayfront. The only downsides of the college are the food (quality + meal times) and how hard it can be to fit in and make friends (even when active on campus). If given a choice, I would pick NCF again, as I have grown intellectually and feel prepared for grad school due to the rigor of the courses.
Start Your Review of New College of Florida
Rating 5 out of 5
It was amazing! First off, the campus is beautiful. The view of the bay is picturesque, and I loved reading down by the mangroves. Second, I had so many wonderful professors who guided me throughout my time there. The independent nature of the curriculum that’s composed of negotiation and collaboration with professors provided invaluable experience for interfacing with supervisors in the future. In addition, many of these professors left a lasting impression on me personally. Third, it was a tough transition since I graduated with an Associate’s from SCF, but I did it! The curricula at this institution was more advanced than anything I had done previously, but it was very rewarding. Fourth, the CEO and my career coach were extremely helpful and dedicated in helping me find work after I graduated. Fifth, I was able to graduate with no debt (with help from my family). I honestly never thought I’d be able to afford a 4-year degree, but we did! I love and recommend NCF!
Rating 3 out of 5
Graduated in 2018. Always heard "New College is going to the dogs! It's not WEIRD anymore!" Brushed it off as just nostalgic hipster elitism, but it turned out to be true.

For all our racial equality rhetoric NCF was as diverse as Sweden. Unwoke students (usually CIS white males) were one gaffe away from being ostracized. And after the drug deaths everything changed. Students retreated to their rooms. Parties were policed. Streakers kept their clothes on. Four Winds closed down. The pressure to sanitize the school won out. Enrollment plummeted despite shiny new buildings.

For a brief time, though, the 70's lived on. Ask a jaded 4th year.
Read More Reviews