Since 1842, Marion Military Institute has been educating leaders for both civilian careers and military service at our historic college campus in Marion, Alabama. Our academic curriculum is designed to challenge and expand intellectual potential while simultaneously fostering the development of personal values. If you dream of becoming a successful civilian leader or a distinguished officer in the military, MMI is for you. 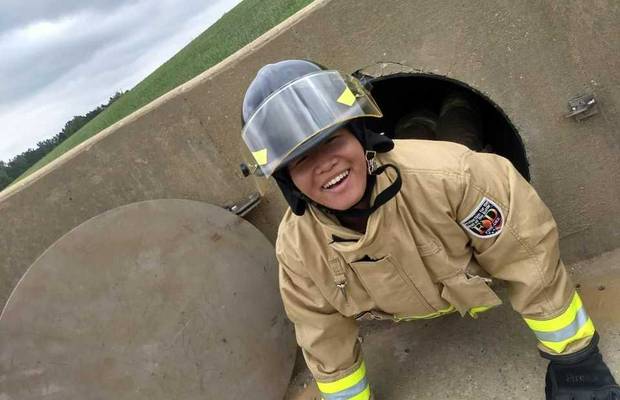 Through the First Responder Career Prep program, students can earn their certification to become a firefighter or EMT. Recently, MMI added a law enforcement prep program.

Full-Time Enrollment
400 Undergrads
Part-Time Undergrads
1
Undergrads Over 25
0%
Pell Grant
39%
Varsity Athletes
24%
Poll
What one word or phrase best describes the typical student at this school?
Read More About the Students

More opinions are needed to display this poll.  Take our survey

Rating 3.69 out of 5  70 reviews
Selecting a category below will take you to another page
All Categories
Rating 5 out of 5
I attended Marion in the Service Academy Program, hoping to earn an appointment to either West Point or Navy. I received my appointment to Navy, as well as a Letter of Assurance, and I am very satisfied with the results of LTC Bowen’s program. LTC Bowen was very helpful and involved with my journey, and I couldn’t thank him enough for his support and time. The classes are occasionally difficult and frustrating, but they are certainly manageable if you’re willing to do the work. If your goal is to earn an appointment to a federal service academy, Marion can give you a ladder to climb, but you’re going to need to climb it. Good luck!
Start Your Review of Marion Military Institute
Rating 5 out of 5
My name is Cadet Marion Ray and I am currently a female, sponsored West Point student studying under the Service Academy Program. I had actually known that I had wanted to come to Marion since about eighth grade, while I lived at West Point. My cousin had been a sponsored AOG out of Marion and I loved hearing his stories and meeting his friends from back at prep school. Initially, I emailed my USMA Regional Commander and asked for prep school and it was the best decision I could have ever made! If you are not sure if the military is for you, or if you want to make a transition from civilian life to the Army, Marion is a great place to go! At the very least you can graduate in two years with an Associate's Degree or get some of the best one on one teaching you will likely ever have! The culture is diverse and the staff is awesome!
Rating 4 out of 5
I did the SAP program as a non-sponsored cadet... little did I know that after a years worth of hard work, I would end up getting accepted to 3 Service Academies. Yes, at first it is going to be a big culture shock, as with any new thing in life, but you will make the best friends ever and have some of the best times of your life at MMI. The SAP program is tough as it throws a lot at you at once, but it helped me to reach my dreams of attending a Service Academy and I am so thankful for that. I have to say, as a current 4th class cadet at USAFA, that MMI was the best year along the whole Service Academy Admission process! If one is willing to give it everything that they have, they are bound to get some type of admission to a service academy or one of the individual service academy prep schools.
Read More Reviews