Now is the time to get an education – reimagined. At a place steeped in tradition, but focused on your future.

At PennWest Clarion, you’ll not only get a top-level education, but have access to services, opportunities and experiences that will help you accomplish your dreams and make you a well-rounded person at the same time.

PennWest Clarion has always been a great value, and that practice continues with faculty and staff who truly care about student success and now have the combined resources of three great campuses behind them. We’re changing education and you’ll only benefit from it.

PennWest Clarion. Built on tradition. Built for your future.

Master of Science in Library Science 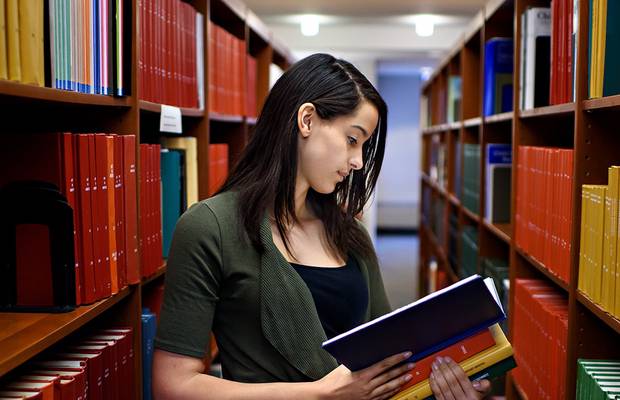 Our Library Science department is committed to educating students to work in the growing digital information environment with programs that are ranked first and second in the nation. Through the faculty's diverse professional backgrounds and research expertise, they will prepare you for a range of emerging careers in libraries and all types of information agencies.

Full-Time Enrollment
2,889 Undergrads
Part-Time Undergrads
698
Undergrads Over 25
18%
Pell Grant
44%
Varsity Athletes
12%
Poll
What one word or phrase best describes the typical student at this school?
Based on 48 responses
Read More About the Students

Freshmen Live On-Campus
No data available  —
Take a Virtual Tour
Poll
64%
of students say that Greek life is average, and no one will treat you differently if you don't join. 80 responses
Poll
59%
of students say varsity sporting events are attended, but not a huge part of campus life. 93 responses
Poll
What one word or phrase best describes your school?
Based on 48 responses
More
Read More About Campus Life

Rating 3.58 out of 5  1,019 reviews
Selecting a category below will take you to another page
All Categories
Rating 4 out of 5
Goodbye, alma mater. "Your silent winding river, it haunts me still..." I had some of the best years of my life, acquired the most knowledge, and grew the most as a human being here. In a little over a month, although the campus physically will look the same, "Clarion" as so many alumni and current students know it will forever be gone. The new, so-called "Penn West University" as well as the new "Commonwealth University" in northeastern PA are in reality just temporary, convenient "facades" so that the PSSHE Board of Governors can proceed with their long-standing goal of shutting down campuses all to save the bottom dollar. Which campus will be the first to be shut down? Which campuses will remain? Only time will tell. It's a rotten shame that this is happening in the 5th largest state by population in America!
Start Your Review of PennWest Clarion
Rating 5 out of 5
My time as an undergraduate student at PennWest Clarion has been nothing but impressive. I started my college career at Slippery Rock University and later transferred to an online atmosphere after the peak of Covid-19. PennWest Clarion, including all staff and faculty, always had my health and prosperity in mind. They always put me and my needs first, and always went the extra mile to make sure I got an answer. I have never had trouble with any class, professor, or advisor. I flourished during my time at PennWest Clarion and excelled in all of my classes. My professors always took the time to go the extra mile to explain any questions I had and respond to great lengths, engaging with their students. I would recommend PennWest Clarion whether on-campus or online, to any college student as they will continue to provide and give their student's the best experiences and push for a positive experience of education.
Rating 4 out of 5
As a dual enrollment student who has taken online classes from high school, I’d say the professors are a hit or miss. Some classes aren’t very challenging but some 100 levels should really be labeled 300. I’d suggest looking up your professors on ratemyprofessor. Most of the time you will have good luck and get a good education!
Read More Reviews