Why School Is a Popularity Contest, Even for Presidents

Another President’s Day week is upon us, and that means mattress sales across the country! It also gives us an opportunity to consider the legacy of presidents, who we remember and honor, and for what. There are approximately 130,000 K-12 schools in the United States, and at least 642 are named for one of our 44 presidents. (Recall: Grover Cleveland was both the 22nd and 24th president.)

What trends or insights can we discern, if any, from the naming of these schools? Do these schools flock to honor just the most popular presidents, the most accomplished, the most recent, or the ones that just happened to have been born nearby?

How We Analyzed the Data

This exploration only credits presidents who have schools explicitly named after them, first and last names included. Without this parameter, Washington and Lincoln would dominate this list, but for the wrong reason. An abundance of schools are named after Washington and Lincoln indirectly, as their names grace cities and states, and hundreds of towns across the country already.

So, of the schools that meet this criteria, we see the following results:

The Most (and Least) Popular Presidents in the School Race 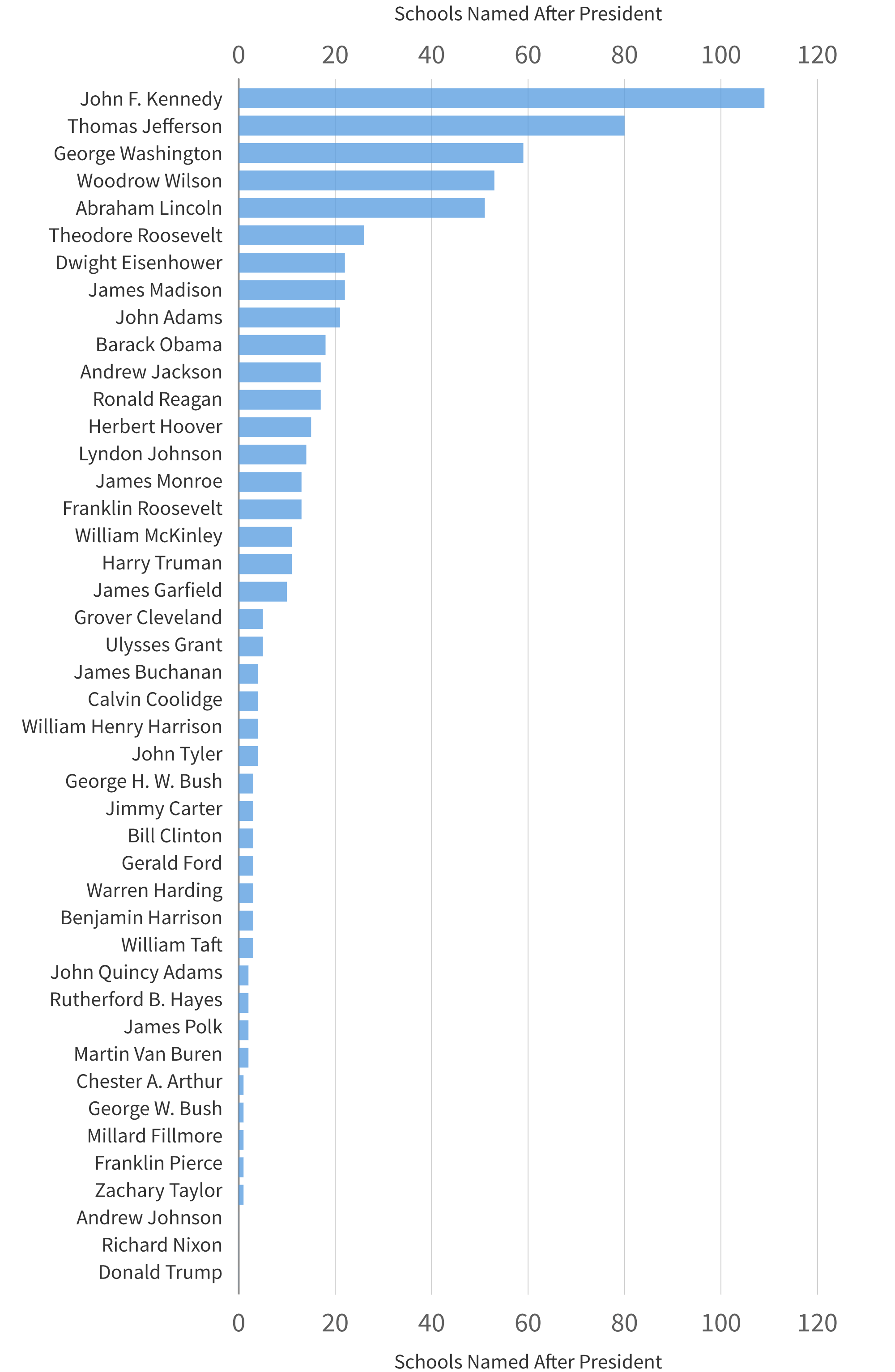 It would be natural to expect a strong relationship between the historical impact of a president’s tenure and the number of their eponymous schools. It’s no surprise that we see some familiar faces at the top of the list. Of course, being a founding father or otherwise having your face carved in the granite of Mount Rushmore should cause a president to rack up a sizable school count. However, we see some strong performances by some others outside that familiar pantheon of “great presidents” such as Woodrow Wilson, Dwight D. Eisenhower, Ronald Reagan, and the newest entrant, Barack Obama.

Using a C-SPAN Presidential Historian Survey allows us to dig a little deeper to understand whether any particular characteristic of a presidency, as judged by historians, can predict  the range of counts we see. According to the study’s methodology:

“C-SPAN’s academic advisors devised a survey in which participants used a one (“not effective”) to ten (“very effective”) scale to rate each president on ten qualities of presidential leadership: “Public Persuasion,” “Crisis Leadership,” “Economic Management,” “Moral Authority,” “International Relations,” “Administrative Skills,” “Relations with Congress,” “Vision/Setting An Agenda,” “Pursued Equal Justice for All,” and “Performance Within the Context of His Times.”

We ran some simple correlations (a mathematical measure that describes the statistical relationship between two factors, ranging from -1 to 1. A higher value suggests a stronger positive relationship) between a president’s score among these characteristics and the number of schools named after them. Here are the results:

“Vision” appears to be the presidential characteristic most correlated with the quantity of eponymous schools. Of course, a characteristic as ephemeral and vague as “vision” resists mechanical data analysis.

Still, in our national narrative, certain presidents seem to capture the nation’s imagination and memory in a way that others simply do not. These pivotal figures come to define their eras, and act as a canvas on which the nation projects their triumphs and failures.

John F. Kennedy is one such man — a young president widely remembered for his spirited challenge to send Americans to the moon. Woodrow Wilson also overperforms on this factor, netting more schools than one might guess given his overall performance alone. Wilson’s lasting legacy was in promoting an ambitious 14-point program to establish a lasting peace after the devastation of WWI — aspirational principles that have since inspired movements of self-determination and peace long after his death.

In a more morbid turn, getting assassinated, or else falling victim to an untimely death, will likely net you plenty of schools in the naming rights game.

We cannot credit vision alone as the only factor vaulting Kennedy above even the founders and Abraham Lincoln in the raw count of schools. Less notable assassinated presidents such as William McKinley and James Garfield benefit from a bump that exceeds their performance in the survey, putting them in league with presidents with stellar rankings, such as Franklin D. Roosevelt. Even non-presidents who suffered assassinations, or otherwise untimely deaths also saw perhaps higher than expected school counts, like Martin Luther King Jr. (93) Roberto Clemente (17).

Of course, Kennedy’s presidency came at a time of huge demographic change, occurring when a tsunami of Baby Boomers began attending school. New school construction was accelerating to handle the flow, and these schools needed to be named.

Children 5-18 in the United States by Year

A president’s influence on education policy or their patronage of educational institutions may also contribute to their eponymous school counts. After a long public life of achievements in a wide range of academic disciplines, Thomas Jefferson helped found the University of Virginia, and even seeded the Library of Congress with his own personal collection of books. President Wilson served as President of Princeton University before his life in elected office, possibly boosting his count of schools.

However, a president’s proximity to education didn’t necessarily result in schools honoring them for their efforts. Though fame-starved Millard Fillmore served as Chancellor of the University at Buffalo, there are desperately few “Millard Fillmore Academy”s. James Garfield, Chester A. Arthur, and Lyndon B. Johnson were all school teachers before their ascendency to the presidency, but these occupations seem to be mostly historical footnotes, and don’t seem to benefit their counts in any material way.

So, what ultimately gets a president on the marquee?

In the end, there are better and worse ways for a president’s name to end up chiseled over the entrance of an American school: They could leave a lasting legacy of ambition and bold leadership. Or, they could be killed. In some cases, both. Or, maybe worse, they can be an incredibly effective and consequential president, yet end up with almost no schools named in their honor at all.  Keep in mind that a president’s legacy can change over the course of time, with each generation reexamining past figures and the events they shaped to gather new insights and inspiration.

But in any case, being worthy (or at least seen as worthy) of having schools named after you almost always takes time. It will likely take decades before we find out which modern era presidents prove to be most in demand.

It’s funny, even when you’re president, school somehow still ends up being a popularity contest.

Curious to Know Where These Schools Are Located?

Take a look at our interactive map below to find out where all these schools named for presidents actually exist across the country. Select a president’s name from the dropdown menu and their eponymous schools will appear. 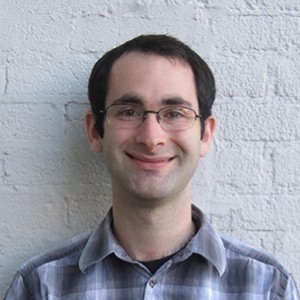 Adam Kurstin is a Senior Data Analyst at Niche on weekdays and a self-described bike explorer/stargazing enthusiast on weekends.

Why School Is a Popularity Contest, Even for Presidents
Find Where You Belong