Peace, Love, and Chores: Why Montessori Works for My Family

When my oldest son was turning 3, it suddenly occurred to me that it was time to think about where to send him to school. I was vaguely aware we had options within our public school system, but I didn’t know the slightest thing about classical academies or magnet programs, or even what IB stood for. (International Baccalaureate, it turns out.)

I grew up in a rural place where you either went to the same school as all your neighbors, or you went to Catholic school. So as a mom, I did what made the most sense: I spied on women at the playground and studied all the schools I heard them mention.

Now, as an elder statesman of the public Montessori parent ranks, I can tell you exactly why I’m so thankful that my playground eavesdropping brought Montessori into our lives.

From the time my boys were 3-years-old, they spent large chunks of their school day doing chores. They’re not really called chores — “practical life work” is the phrase their Montessori teachers use. What it means for my life, though, is that all of my kids could fold laundry, dust, and wash dishes before they could read. I live in a house with three boys and I’ve got ketchup on my curtains, but by God! I’ve got clean tables. The only trick is that I have to refer to these tasks using the exact same language as my kids’ teachers, so we all do “floor care” instead of “sweep up all that cereal you spilled!” If that’s what it takes, I’ll work with it.

I was more than a little taken aback the first time I walked into my son’s classroom and saw him using a real knife to chop apples. He was, after all, 3-years-old and prone to riding his scooter down the slide.

But his teacher assured me that Montessori kids learn to use tools properly. Tiny kids spread butter on bread they sliced themselves while other kids use shoe polish and a bristle brush to buff old boots.

As a parent, I often just want something done quickly, so my tendency is to cut their meat for them. But at school, they build patience and spend long parts of their day putting on their own shoes and hammering nails into pumpkins. (Yep, real nails!) When I get to talk with their teachers about the method behind the madness, I love learning how using these tools prepares their hands and muscles to hold pencils and write. Who knew that using tongs to move marbles into tiny bowls was practicing pre-literacy skills? Maria Montessori knew, I guess. 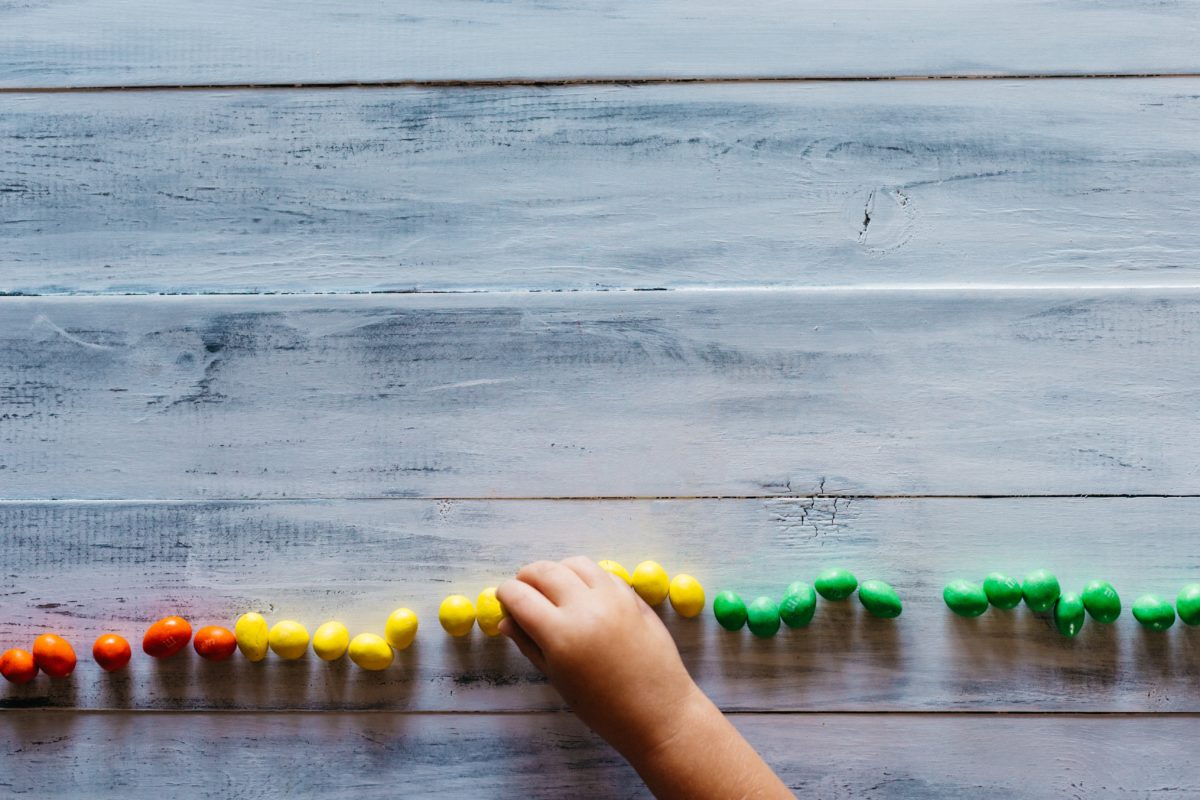 Marbles aren’t the only things my kids move at school. One essential thing (for us) about the Montessori program is that it gets my kids up and moving their bodies. “Regular” public schools in our area only have 20 minutes of recess per day, which means the kids are, for the most part, sitting at desks. Not my kids. All day long they’re moving from work station to work station and walking to and from shelves gathering materials. They lie down on little rugs to do “floor work” and every few minutes when they finish something, they are moving their bodies, rolling up the rugs and putting everything away.

Further, most of the things they do involve physically manipulating materials rather than using worksheets. So they’ll touch beads on chains while they’re learning math skills. They trace letters into sand with their fingers or gather tiny, plastic monkeys as they study the letter M. While I sometimes get frustrated that they want me to display the 75 different coin rubbings they bring home each week, I love that their day centers around tactile experiences.

Once a week, my third-grader writes an essay about Grace and Courtesy. The whole school discusses these skills, ranging from simply introducing yourself to pondering why it’s not polite to slam your locker door. They practice giving and receiving compliments and list examples of times they’ve needed to rely on others. All of this helps them build their ability to work in groups, which is a skill the Department of Labor assures me is crucial to their future success.

There’s no timeout chair in a Montessori classroom. Rather, they’ve got a “Peace Table” in the room where children can choose to go sit awhile if they need to regain calm. In the center of the Peace Table sits a vase with the Peace Rose. This, I’m told, is their conflict resolution strategy. The kids learn to express their feelings when someone snatches their Play-Doh or if someone sits on their preferred colored dot for circle time. The crying children hold the rose together and use “I” statements and then eventually declare peace. I really value a school system that teaches my sons to express feelings and listen to the feelings of others.

Grace and Courtesy skills haven’t translated to our home life as seamlessly as the chores. Lest you think Montessori school is totally magical, please know my boys still pick their noses and throw trains at each other.

Montessori schools have mixed age classrooms throughout elementary school. At first it seemed odd to think about 9-year-olds in the same classroom as 6-year-olds, but the more I witness this setup, the more I love it.

At the preschool level, everyone gets an older buddy. The kindergarteners help their tiny buddies put on coats and get their zipper started. This was an amazing confidence boost for my middle son. He can’t keep up with his big brother in a foot race, but he gets to be a leader and show his little buddy how to stack the iconic Montessori pink tower. The classrooms have a policy where students can’t use materials until they receive a lesson in how to use them. Lessons can come from the teacher…or another student.

This has been a wonderful opportunity for my oldest son, who qualifies for gifted enrichment. Reading aloud to younger students lets him feel helpful — because he’s actually being helpful — and it also builds his own skills. Learning to explain something to someone else until they understand it deepens his own knowledge of that material. It doesn’t do much for his tendency to get bossy, but I’ll take it if it means he might someday teach me how to work our Roku.

A lot of people put a great deal of emphasis on the specific curriculum touch points of Montessori education, and can explain to you how it differs from Waldorf or Reggio Emilio, etc. We landed at this school and stayed there not because of what our kids are doing academically, but because they’re learning the things we most struggle to teach them: how to cover their cough, pick up after themselves, and open their little brother’s cheese stick for him so we don’t have to. We are thrilled with their school, and I’m happy to tell that to anyone on the playground who might be listening.

Find out more: What Is a Montessori School?

Find a top-rated Montessori school near you 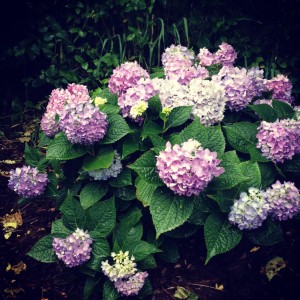 Katy Rank Lev is a freelance writer living in Pittsburgh’s East End. She writes about education, women’s health, and parenthood. You can find her online at katyranklev.com.

View all posts by Katy Rank Lev
Follow Us:

Peace, Love, and Chores: Why Montessori Works for My Family
Find Where You Belong