Why Mail-in Voting Is So Important

In less than three months’ time, millions of Americans will cast their ballots for the next president of the United States and multiple open House and Senate seats. However, many analysts already fear accusations of voter fraud and disenfranchisement. At the heart of the controversy lies the U.S. Postal Service and mail-in voting.

If you wonder why mail-in voting is important, you need to learn the history of the post office and the disparities inherent in American society. Why should you care about voting by mail? The future of democracy may hinge on November’s outcome.

You could make a persuasive argument that the post office plays a significant role in keeping America great. Back in 1775, military leaders needed a way to communicate, and the institution was born. Remember, email didn’t exist — neither did landlines, for that matter.

Today, social justice reformers often focus on internet access when addressing socioeconomic disparities. History shows the longevity of the class war but also the triumph of the American spirit over barriers. Relatively few people outside of the aristocracy wrote letters.

However, since mail service led to the creation of post roads, many Americans turned to this form of communication as they spread across the frontier. When Alexis de Tocqueville arrived in 1831, he marveled at how well our nation’s citizens understood current events. The post office established America as a global communications superpower.

When Did the Mail Become Political?

Some experts argue that the post office has never existed minus political overtones. Modern critics point to the controversy surrounding John Wanamaker’s appointment as postmaster general by President Benjamin Harrison as a precursor to today’s headlines. As early as Andrew Jackson, sitting presidents often rewarded political supporters with cushy office jobs within the institution.

Part of the current controversy has to do with the nonconformity of the U.S. system. Some states practice a universal vote-by-mail system where all eligible voters receive an envelope. The vast majority require those registered to request an absentee ballot. Three states — Mississippi, Tennessee and Texas — have yet to expand vote-by-mail accessibility despite the pandemic.

Varying state rules compound the lack of uniformity. Each jurisdiction has rules governing when you can request a ballot and return deadlines. Many specify Election Day as the posting date, but time differences exist when authorities must postmark them.

The Most Recent Controversy

Much of the current controversy involves Postmaster General Louis DeJoy, a former businessman and Republican-party fundraiser. He donated to the Trump campaign before receiving his appointment to his current role.

In advance of the elections, DeJoy proposed multiple changes to the postal service, including banning the use of overtime and extra trips to deliver mail. The timing immediately raised eyebrows among Democrats, who accused the postmaster general of interfering with the electoral process.

Things came to a head when reports broke about removing mail sorting machines that handle election ballots from several post offices. When combined with staffing shortages, this lack of equipment created a crisis where many states feared envelopes would go without postmarks and remain uncounted come November.

House Democrats convened a rare August Saturday session to pass a $25 billion bill to fund the struggling postal service in advance of the upcoming elections. Senate Majority Leader Mitch McConnell already stated that he would not promote this legislation, calling it a piecemeal bill that ignores the pressing needs of countless Americans drowning financially due to pandemic shutdowns.

However, 26 Republicans did join with House Democrats. The bipartisan support suggests that the post office will eventually receive the necessary funding. Whether it will get the resources in time for November remains in question.

Your Guide To Voting As A College Student

Are Concerns About Mail-in Voting Valid?

President Trump echoes many Republicans with his reservations about expanding mail-in voting due to fraud. According to the conservative think tank The Heritage Foundation, mail-in ballots are subject to alteration, forgery and theft.

However, according to the Brennan Center for Justice at New York University, there is no evidence that mail balloting increases election fraud. States implement a host of precautions to prevent misrepresentation, including only sending ballots to registered voters and requiring signatures on the outside of envelopes.

Thieves have no way of knowing when a mail-in ballot will arrive. Even if they possess saint-like patience, they can’t wait outside the mailbox of registered voters to snag a ballot. Matching signatures with driver’s licenses in public databases prevents individuals from casting votes in the name of deceased relatives.

The Valid Problem of Disenfranchisement

You can make a convincing argument that nonvoters determined the outcome of the 2016 election. Fully 43% of eligible voters, or over 100 million Americans, opted to stay home. Confidence in the system is already at a record low, and further disenfranchisement may lead to democracy’s crumble.

You can see the controversy in battleground states. Roughly 1% of all mail-in ballots face rejection due to technicalities like missing signatures. Conversely, in-person voting rejected one-third fewer. Notification that their vote didn’t count in today’s divisive climate may push those on the fence into the apathy camp.

With the increase in mail-in voting due to pandemic fears, many experts believe this year might see an even more significant increase in rejected ballots. The post office may lack the time and resources to postmark all correspondence by the required date. Unfortunately, votes cast by young people and minority groups are most often rejected for technical errors.

This culling of ballots impacts the people most affected by electoral outcomes. Many homeless people already struggle to vote because of requirements to use their residence, not a PO Box. While they may use the address of a shelter or even a street corner in some jurisdictions, these marginalized individuals often lack the knowledge of their rights. When every day is a battle to survive, voting gets lost in triage.

Native Americans also face impediments to voting. Many lack the required identification in states that mandate such proof. Regarding mail-in voting, those on reservations sometimes face significant delays in receiving mail due to their remote locations. Voters may do everything right, but if a dust storm delays delivery, their ballot won’t count.

What You Can Do to Make Sure Your Vote Counts

During this turbulent but crucial time, businesses, organizations and communities are doing their best to encourage voter engagement and registration — and so should you.

You know that you should vote by mail to stay safer in the age of coronavirus. To ensure your vote counts in the upcoming November election, take the following steps:

Why Should I Vote by Mail?

We need mail-in voting always, especially amid a pandemic. If American democracy hopes to survive, the post office and mail-in voting are vital. Exercise your right to participate in our nation’s future and educate others about why you should vote by mail. 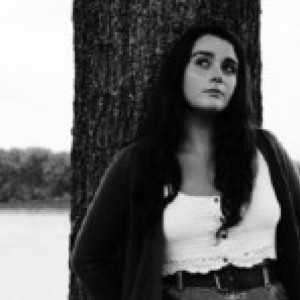 Alyssa Abel is a college, career and education writer with a special interest in student mental health, study abroad and learning. Her work appears regularly on education sites like HerCampus, Teaching Channel and CollegeXpress, among others. Follow her on Twitter @alyssaabelblog or read more on her website, Syllabusy.

https://syllabusy.com/about/subscribe-to-the-syllabusy-newsletter/ View all posts by Alyssa Abel
Follow Us:

Why Mail-in Voting Is So Important
Find Where You Belong
Discover the schools, companies, and neighborhoods that are right for you.
Do you work for a school or college? Claim Your School
©2020 Niche.com Inc.