Why I Chose My HBCU: Tuskegee University 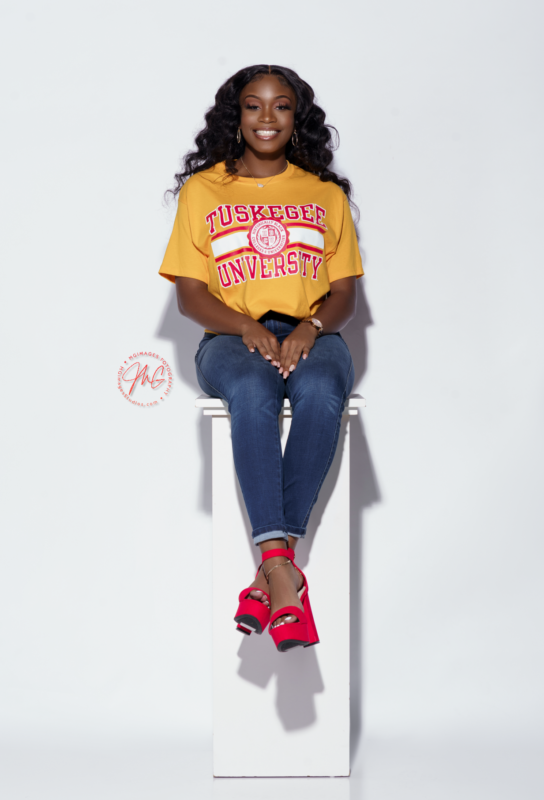 Major: Political Science with hopes to add a psychology double major soon. After undergrad, I’ll be going to law school as I aspire to be a civil rights attorney to fight injustice in our justice system.

Extracurriculars: Member of the TU Democrats club and volleyball team. I also work for a nonprofit in Montgomery.

What influenced you to attend an HBCU, and why did you end up picking your specific school?

I knew I wanted to attend an HBCU because I wanted to be surrounded by people who looked like me. I went to a majority-white high school and there was not a lot of diversity and examples of myself around me.

I ended up at Tuskegee for a couple of reasons:

1. I get to further my athletic career.

2. The family atmosphere at Tuskegee is unmatched.

3. Tuskegee is one of the top HBCUs in the nation.

I love it here, and I’m surrounded by people who push me to be better.

Was it important that you chose an HBCU, and why or why not?

It was really important that I attended an HBCU.

I am not a “token Black voice” here at my school, and my blackness is not used for profit or image.

I appreciate being able to find myself genuinely and not having to worry about upholding an image for my entire race.

What aspects of academics, culture, social life, extracurriculars, etc. do you think it offers that other schools don’t?

I believe that the most stand-out part of Tuskegee’s campus is the historical aspect of it.

Yes, all HBCUs are historical, but here it is a step above.

We are the only HBCU that is simultaneously a national historic site. Most of our buildings on campus were built by the first students of the University and still stand today.

We also have Booker T. Washington and George Washington Carver’s gravesite on campus. There is a legacy of Black excellence that you feel the moment you step on campus, and it is what drives our students to do the best they can.

What’s one memory you’ve made or positive experience you’ve had so far at school?

I hosted a “March to the Polls” on campus during election season.

I was able to give out “Black Voters Matter” merchandise, meet new people, and add a little twist. Of course, we were listening to old Black hits and doing line dances before the march.

Overall, I believe the event was a success and had a positive impact on my peers around me.

What is one thing you didn’t know about your school or college, in general, that you know now?

I didn’t know how serious the family atmosphere was taken here. I know I’ve highlighted this already, but I can’t emphasize this enough.

Everyone is so welcoming on campus. And even when I’m wearing Tuskegee apparel out, I always run into alumni or students to engage in conversation.

We always look out for each other here, and it’s not a “crabs in a bucket” feeling.

Ready to learn more about Tuskegee University and other HBCUs? Start here.

Why I Chose My HBCU: Tuskegee University
Find Where You Belong