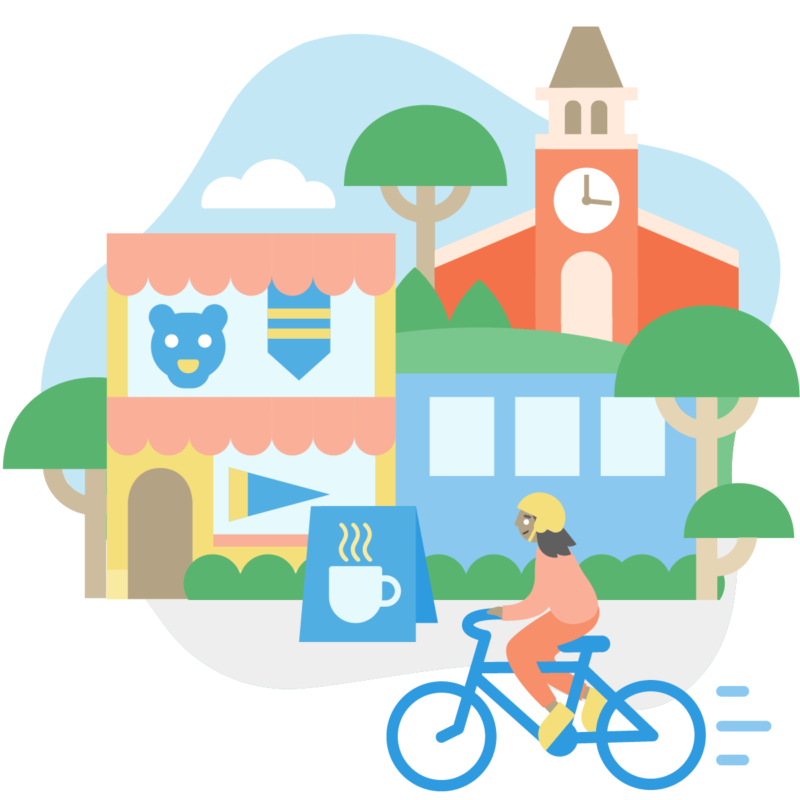 Walk into any coffee shop in my town and the following sight is likely to greet you: patrons with laptops stationed, notes spread out, and if it’s close to the end of the semester, definitely a few grimaces.

Despite graduating from college a few years ago, I’m always happy to see the hustle and bustle of student life around me. It’s a reminder of why I love living in a college town, even though I’m not currently a student.

A location doesn’t get to call itself a “college town” merely by having a university within its city limits. Rather, a real college town is a place where the academic institution is a distinctive feature of the city culture. College towns are distinctive from big cities because of the energy and veneration of the institution throughout the community. While metropolitan areas often offer some of the same benefits as college towns, universities and colleges can be located in otherwise overlooked areas of the country that wouldn’t get those same opportunities otherwise.

I’ll use my own place of residence as an example: I live in Knoxville, a small city whose residents still get excited when the city’s name is mentioned anywhere outside of Tennessee.

Other than being the closest non-resort city to the Smokies, its other claim to fame is being home to the University of Tennessee — a school that’s truly woven into the soul of the city. While it’s in a separate part of town from our more popular destinations and neighborhoods, much of what happens in Knoxville is a direct result of campus life.

According to a May 2016 report from Tripp Umbach, a Pennsylvania research firm, the football games alone accounted for $335.7 million of economic impact on the city. That’s not to mention the fact that the Knoxville campus of the university employs a little over 11,000 people. In a city of around 186,000, that’s significant.

The fact that the college exists in Knoxville is the very reason why many different facets of the city thrive: the arts, social engagement, inexpensive dining, and of course, the requisite college bars and coffee shops. Beyond the basic framework of any thriving community, a college town offers its own unique benefits:

Something that makes me pinch myself time and again is how inexpensive it is to live here. The average rent in Knoxville falls at $766 a month, which is well below the national average of nearly $1,000. The home values are also a good bargain at right around $120,000. Photo by Toa Heftiba on Unsplash

Sure, some more affluent college towns like Ann Arbor, Michigan and Fort Collins, Colorado aren’t the cheapest, but rents are reasonable in many other college towns, particularly small ones like Manhattan, Kansas, the charming home to Kansas State University, which is about two hours from St. Louis. Average rent there comes in at $882 a month. To the southwest, Fayetteville, Arkansas, home to the University of Arkansas, comes in at $734. The fact that the market is so strong for rentals in many college towns makes them a great choice for recent grads, while good deals on real estate incentivize them to stick around.

A low cost of living coupled with a youthful vibe can lead to great creativity. Take Athens, Georgia – home to the University of Georgia — for example. Athens is the birthplace of musical acts like R.E.M., The B-52’s, Widespread Panic, and The Drive-by Truckers.

Part of the predominance of creatives in college towns comes from the aforementioned low cost of living: the less you have to spend on other things, the more you can play, practice, and create.

But there’s another important factor: a captive audience that loves nightlife. Venues like the 40 Watt Club in Athens are still venerated in the scene today with plenty of young minds to support acts who could very well be their friends and classmates.

A location doesn’t get to call itself a “college town” merely by having a university within its city limits. Rather, a real college town is a place where the academic institution is a distinctive feature of the city culture.

The University of Tennessee is the reason I got to see Bill Nye the Science Guy give a presentation and lecture, despite the fact that I not only graduated years ago, I didn’t even attend that school. That’s an important element of my love of the college town atmosphere: You don’t have to be a student or alum to enjoy the bountiful effects of the university.

Similarly, other schools host educational opportunities that the towns may not see otherwise. Western Kentucky University in Bowling Green recently hosted acclaimed author Roxane Gay. This type of appearance from a well-known artist or author typically may not extend past more metropolitan areas; however, the presence of a university offers those opportunities.

A cultural exchange of ideas is one of the most important parts of attending college, but it can be lost after graduation. Living in a college town extends those opportunities indefinitely without necessarily having to pay to continue education in the traditional sense.

For fun activities, it is pretty hard to beat the tailgating scene in college towns. A parade-like atmosphere fills the streets on any given Saturday during football season, where students and fans alike mingle for a common cause. This energy goes well beyond athletics, though. College towns are known for their thriving social scene.

The era right after graduation isn’t highlighted much in the social narrative. However, chances are, there are several facets of college life that are still holdovers. It’s nice to be able to make that gentle transition with go-to college bars and the occasional block party. For those untethered after graduation, this likely means that the dating scene is singles-friendly as well.

Even if my go-to local coffee shops are always a little more crowded during finals, I wouldn’t trade sharing my hometown with over 27,000 college students for anything. Thanks to them and the university they attend, I always have things to do and cheap rent, and even though I’m not a student, I still have plenty of opportunities to learn.

Check out the best college towns in America 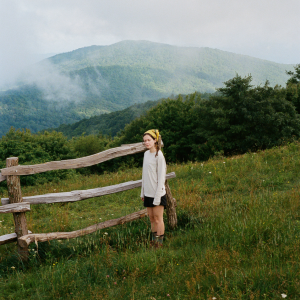 Ashlynn Kittrell is a freelance writer in Knoxville, TN.