Why College Rankings Shouldn’t Matter When Choosing a College

As a student who applied to multiple Ivy League schools and top liberal arts schools, I was obsessed with rank while I was applying to colleges. I wanted to go to one of the “best schools in the country,” and I was incredibly determined to do so. Of course, I still applied to target and safety schools, but I had predetermined that if I got into any of the top-ranked schools,  I would attend the highest-ranked school that accepted me. As it turns out, I did get accepted into a top-ranked college, but it is not the school I am attending now.

Decisions started rolling out one after the other in March of my senior year of high school. It was an incredibly nerve-wracking and exciting time. All I did was refresh my email for decision letters every day. Finally, March was over and I had narrowed down my decision to a handful of schools. One of these schools was ranked in the top three liberal arts schools in the country, and I was almost certain that it would be the college I was going to attend. How could I possibly say no to such a prestigious school? I decided to visit all the schools I got into for their Admitted Students Day so I could be 100% confident in my decision.

When I toured the top-ranked school I got into, something happened. I could no longer see myself studying there. I remember feeling like I would have a hard time socially fitting in. Although academics are extremely important in college, having good friends to support you and encourage you to be yourself is also important for your overall mental health and college experience.

Find The School Where You Belong

I realized that I already knew what I wanted to study, and this school did not offer an undergraduate business program like I wanted. It was a hard realization for me. The school I had intended to go to, that some of the most powerful political figures in the country had attended, that my parents had always dreamed of me going to, that had an incredibly low acceptance rate, and that was a top-ranked college in America, was no longer the school I wanted to attend.

I kept questioning myself. How can anyone say “no” to such a selective school? It is a top school for a reason – am I making a mistake? It has a great name and is associated with a tremendous amount of prestige – do I really want to give that up and the opportunities that may come with this association? At the end of the day, I realized that I wanted to go to a college where I would be happy, and I didn’t see myself being happy there. I wanted to be able to create a comfortable and strong social life while also being able to study and thrive at a business school.

Rank no longer mattered to me; it was all about fit. My top-ranked school was not a good fit for me, and that was okay. I came to an understanding that the number in front of the name was not a true reflection of what I considered the best school for me.

My advice to those trying to make a college decision now is this: keep your mind open and do not get blinded by the ranking of the school. Remember to keep your best interests at heart and think about where you could genuinely see yourself waking up every day. Being happy in your decision is important, and you should never feel like you need to sacrifice anything just to be at a higher ranked school. If you feel like you need to rank your schools to make a decision, rank them on fit because the most important part of your decision is feeling confident in it. 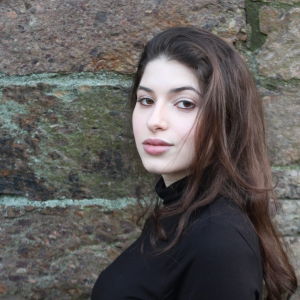 Rania Kalaaji is a second year business student at Northeastern University studying marketing and supply chain management. She writes for her school's HerCampus magazine and is very involved in her sorority. In her free time, she enjoys going to sports games, modeling, hanging out with friends, and exploring Boston.

Why College Rankings Shouldn’t Matter When Choosing a College
Find Where You Belong
Discover the schools, companies, and neighborhoods that are right for you.
Do you work for a school or college? Claim Your School
©2020 Niche.com Inc.