What Is The Quarter System And Is It Right for You? What is the Quarter System?

Quarter system courses move faster since the same class is taught in ten weeks as opposed to fifteen weeks. As such, after orientation or syllabus week, projects, quizzes, tests and exams are stacked every week. Professors move through the workload much quicker to cover all the material.

Benefits of the Quarter System

By graduation, students take up to four to six more courses than those on the semester system. Each term in a quarter system will also carry a lower weight impacting overall GPA, allowing students to try different classes.

This flexibility is often taken advantage of by students who will register for elective courses and pursue different majors. The short time span of a quarter allows students to spend less time in classes that they may not like, such as a mandatory freshman writing seminar or general education class.

The quarter system allows both for constant fresh starts and short breaks. These short breaks can help students focus and reduce learning loss.

The quarter system is perfect for students who want frequent fresh starts, the flexibility to experiment, and the ability to learn material quickly. It’s a great match for students who have excellent self-discipline and time management skills.

7 Ways To Start Your Semester Right

Drawbacks of the Quarter System

Falling behind in the quarter system is a student’s biggest fear. From falling sick to a having a family emergency, missing even a day of class can require additional time to catch up swiftly so as to not create a snowball effect.

Testing and preparation of material can sometimes feel rushed because of the pace that the quarter system moves at. Quarter system students can expect weekly tests and bi-weekly exams after syllabus week.

This can cause stress for students academically as well as socially since your friends’ schedules may not align with yours. From the third week on, it seems that everyone has a big project, p-set, presentation, or exam to prepare for.

Another drawback is having difficulty finding internships for the summer. Most internships require students to start in early May and end early August, fitting the typical semester schedule.

Early May is early finals week for students on the quarter system so many opportunities may not be available. This drawback can be overcome if students are proactive in finding companies that are flexible to accommodate their quarter schedule.

Ask upperclassmen who were in your same shoes not long ago about how they found internships and network with companies while making it clear what your schedule looks like before committing.

Back in your hometown, you may need to say goodbye to your high school friends at state schools and semester schools in mid-August, which can make for a lonely one to two months in late summer.

Colleges that Have the Quarter System

My Experience with the Dartmouth Quarter System

I personally loved the fast-paced, constant refresh of my coursework and classes. Dartmouth College’s quarter system is structured to have four seasons where students can take a standard three classes or four classes up to twice per term.

I ended up taking nine classes freshman year, which ranged from the Political Economy of China to The Ethics of Genetic Modification to Fashion and Identity: The Power of Clothing.

Dartmouth’s quarter academic system constitutes the D-Plan where it, according to Dartmouth’s Undergraduate Admissions, “enables students flexibility in choosing their enrollment pattern and pick 12 terms to graduate.”

The D-Plan requires freshmen and seniors to spend fall, winter and spring on campus, as well as sophomore summer. Spending sophomore summer on campus and taking credits frees up a quarter for Dartmouth students to take a Leave term during the school year.

Leave terms can range from taking advantage of longer off-cycle internships, doing researching in a foreign institution unaffiliated with Dartmouth, taking on a full-time job for three months to pay off student loans, traveling on vacation with your family, or recovering from an injury without worrying about impacting a four-year graduation. My D-Plan is taking a winter internship at a private equity firm in the winter of sophomore year.

From a career-oriented perspective, the D-Plan is fantastic for advancing your resume, networking, and building experience. The Undergraduate Admissions writes that “at most schools, students have to fit internships into summer break. That means a lot of competition for the same positions between June and August. At Dartmouth, internship opportunities are options during any season of the year, according to your plan.”

By applying for winter roles and spring positions, students have less competition than for summer internships since only gap year students and other quarter system schools can apply.

Dartmouth economics students have flooded the Morgan Stanley Winter Analyst roles, which lead to a full-time role upon graduation.

From a community perspective, the D-Plan creates a unique opportunity to break down cliques and create new friendships if your friends take their D-Plan at a different quarter. As a whole, the D-Plan plays a significant role in allowing a unified student body. 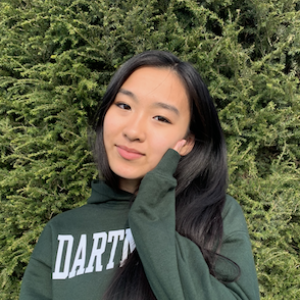 Lauren is a freshman at Dartmouth College, double majoring in Economics and Psychology with a minor in Computer Science from Princeton, NJ. When not creating content for Niche, she can be found scouring Yelp for new restaurants to try, snowboarding atop snowy peaks in Vermont, or curled up editing vlogs for her personal YouTube channel, Lauren Liu.

What Is The Quarter System And Is It Right for You?
Find Where You Belong