What Are Purple Star Schools? Military families have a unique view of education in America. The average military family moves every 1-3 years, depending on the needs of the military. Some of those moves are state to state while others are overseas to foreign countries. With each move, many military service members bring their spouses and children to resettle into new communities and attend new schools.

The Department of Defense says the average school-aged military-connected child will experience 6-9 different schools through their K-12 education experience. With more than 1.1 million military-connected students attending schools, issues surrounding school transition have become a top priority for families and some schools. Mobile military students face issues such as gaps and overlaps in curriculum, different graduation requirements, course placement disruption, and many other hurdles when changing schools. Besides the academic issues, these students also face social and emotional challenges of relocation, such as leaving supportive social networks and activities, to start new again.

Once a military family has orders to relocate or PCS (Permanent Change of Station), finding the right community and school for their kids will be at the top of their list of priorities.  Parents will leave no stone unturned to find that right school that understands the unique lifestyle of military connected students while offering a quality education and resources.

Schools near military installations register large numbers of new military-connected students year round, but they may not necessarily have the tools or resources to support transitioning students. How does a military family know if they’ve found a school that can provide this unique niche in education? Luckily, in a handful of states, families can search for schools that have been designated Purple Star Schools.

The Purple Star School designation is the brainchild of Pete LuPiba, Ohio’s Commissioner for Military Children Interstate Compact Commission (MIC3). Serving as Commissioner since 2012, LuPiba represents, with this compact signed by all 50 states, Ohio’s commitment to military-connected students. The goal of the compact is to replace the widely varying policies affecting transitioning military students. Focused on consistency, it uses a comprehensive approach that provides a consistent policy in every school district and in every state.

LuPiba, also a Navy veteran, wanted to create another way for schools in Ohio to support military kids in addition to following the compact guidelines. In 2016, he gathered community leaders and those most invested in the military-connected students to discuss the best way a school could show their commitment to military families. Born was the Purple Star School designation. The Purple Star Award is given to military-friendly schools that show a major commitment to students and families connected to our nation’s military. Schools that earn the award will receive a special Purple Star recognition to display onsite as well as a link on the Ohio’s Department of Education’s homepage.

LuPiba wanted Ohio schools not just to say they are military friendly, but to show it. Along with community and education members, their group outlined a series of requirements schools must have or accomplish in order to be awarded the Purple Star designation. LuPiba started with simple requirements important to military families and students:

It wasn’t long before schools jumped at the chance to show their support of military families. Starting with a handful of schools in 2017, LuPiba can now boast that 191 (and counting) Ohio schools have applied and received the Purple Star designation. Here is a  current list of Ohio’s Purple Star Schools.

It’s not just Ohio. Several states are offering schools the opportunity to designate themselves as military-culture friendly while providing the professional resources to back it up. LuPiba willing shares his program with any state or school district that is interested.

“It’s an organic process. We started with a small team. We asked ourselves what a military family looks like, then added invested community members like educators and veterans. We sent out surveys, gathered data and feedback and eventually established what a school should have to support military-connected students. The program can be adapted to fit any state, district or individual school.”

Virginia, Arkansas and South Carolina are three states that have taken a page out of the Ohio Purple Star playbook. Wanting to support the tens of thousands of military families in their state, all three have similar programs catering to the needs of their respective states.

Virginia has 27 military installations and is home to nearly 120,000 active duty and reserve members. Virginia also has some of the best school districts in the country. Julie P. Shepard is a parent, Navy spouse of 24 years and PTA military family liaison in Fairfax County. She’s been instrumental in helping other military parents navigate schools in Northern Virginia.

“I was thrilled when I saw that the State of Virginia made a commitment to our military families by starting the Purple Star designation. As the military family liaison to the Fairfax County Council of PTA’s and the local liaison to Hayfield Secondary School, which is the first High School in Northern VA to receive the Purple Star, I can tell you first hand that parents are using this as a tool to research and decide where to move based on military-friendly programs available to them. I field a lot of questions from parents moving to the area and there is always confusion over test scores. I encourage families to look deeper into what programs a school has to offer a student. It gives them peace of mind knowing that a school has been awarded a Purple Star by the state, that the school has made a commitment to taking care of this special population of students.”

There are currently 66 public and private Purple Star Schools in Virginia, but many more schools will be added by the end of 2019. The Virginia Department of Education requires schools to have similar requirements as Ohio, but takes it a few steps further. Their program requires additional information on their school website regarding enrollment and disenrollment, academic planning, graduation requirements, special needs and parent rights — all of which is information crucial to military families transitioning schools.Here is a current list of Virginia’s Purple Star Schools.

John Kaminar is Military and Veterans Liaison for Arkansas’ Department of Education and a retired Army Colonel. He liked the idea of recognizing the efforts schools put forth when supporting military-connected students. “We knew that we had schools that are going the extra mile to work with military families,” he says, “but they received no recognition for their extra efforts. We wanted to have a more tangible way to highlight our military-friendly schools, and we knew that similar programs have worked well in Ohio and Virginia.”

To date, Arkansas has 18 designated Purple Star Schools, and the list is growing. Most of them are located in Cabot School District which is near Little Rock Air Force Base. Kaminar says creating the Purple Star Program in Arkansas has brought resources and awareness for military families into focus.

“A military family coming to Arkansas can go to the website to view our page dedicated to military families and veterans includes a description of what it means to be a Purple Star School. So that inbound military family can find the schools that make extra efforts to accommodate military families and see which districts might be the ones for them. They can also find a roster of the Military Education Coordinators for each school district, contact those individuals for more information, and they can decide for themselves which district might be the best fit for them.”

Here is a list of current Arkansas’ Purple Star Schools.

“The Purple Star identification benefits a military family by alleviating some (hopefully all) of the stressors that ensue when researching a school a student may be attending. Though conversations will need to still take place between the school and family, the school that has been designated as a Purple Star school has committed to recognizing the variables that military families are often faced with and they are committed to being the support system needed to ensure a smooth transition between schools.”

Texas has the second highest military population in the country with more than 165,000 active duty and reserve members. However, the Texas Education Agency decided to formally create Purple Star Campus through the legislation process.

Texas SB1557, which will establish the campus, will incorporate many requirements similar to Ohio and Virginia, but the bill will also assist in tracking military-connected students through a statewide Military Student Identifier. The official roll out for SB1557 is expected to begin early 2020 with Purple Star Campus designation being given to the qualifying school in Spring 2020.

Similar to Purple Star Schools, Georgia’s Department of Education has Military Flagship Schools that have similar must meet requirements at Purple Star Schools. However, their requirements incorporate a mix of inclusive outreach and MIC3 Compact guidelines. There are currently six Military Flagship Schools and according to their website, each school offers unique outreach or military families such as excused absences for deployments, online registration for incoming students from overseas and a buddy system linking new military students with other military students.

There are many other schools and school districts not part of an official program that offer support and resources for military families. There is hope in the military community that a Purple Star School trend is emerging across state boundaries. Many states such as New Mexico, Tennessee, Washington, California and Florida are considering starting their own Purple Star School Program or equivalent.

Designating or flagging schools as military friendly will act as a compass for the hundreds of thousands of military-connected students experiencing school transition.  There are more challenges than not when changing schools, which is such a frequent occurence for military families. Purple Star Schools and alike automatically remove many challenges and help provide a softer landing for military-connected students. 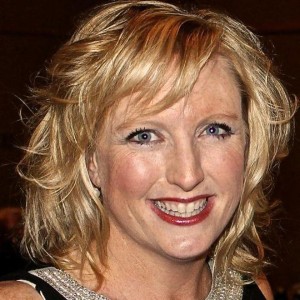 Stacy Allsbrook-Huisman is an Air Force spouse, writer, mother and advocate within the military spouse community. As a former Parent-to-Parent trainer for Military Child Education Coalition, she led workshops and seminars on many topics related to the education of military-connected students. She is the coauthor with Dr. Amanda Trimillos of Seasons of My Military Student: Practical Ideas for Parents and Teachers (Elva Resa, 2018). She offers professional development on military-connected students and education transition to schools, parent groups and military support agencies.

What Are Purple Star Schools?
Find Where You Belong