The 5 Most Outrageous College Campus Traditions We all have traditions, whether it’s a vacation you take with your family, an event you attend with your friends, pulling an all-nighter before any major exam, or (my personal favorite) hitting the snooze button three times before waking up each morning, though that last one might just be me.

Whatever the case, people, families, and cultures carry their own traditions, but there is nothing like a group of 18-22-year-olds creating traditions that live on for decades.

That’s right, if you couldn’t have guessed it from the title or from the website you’re on, today we’re talking about the five most outrageous and, in my opinion, some of the best campus traditions.

First up on our list is Georgetown University. If you are a fan of the movie The Exorcist, you may have already known that some of the scenes were filmed on Georgetown’s campus.

Perhaps you didn’t, but the Georgetown students do, and their fever for it hasn’t died since the movie’s release in 1973. This is likely due to the fact that The Exorcist is played on campus every year on Halloween, where it ends right before midnight.

As if it isn’t creepy enough to be outside on Halloween watching The Exorcist, as soon as the movie is over, students ring in the end of the movie and the start of the new day by rushing to the cemetery where they howl at the moon. The time and place make it one of the spookiest campus traditions.

Staying on the theme of channeling your inner beast, Carleton College has a tradition in which their students conduct a primal scream every year at exactly 10 pm the night before finals.

If you’re questioning what “The Primal Scream” is, it’s exactly how it sounds. Students are heard shrieking and screaming all throughout campus.

Whether they are screaming to let off steam from studying or due to the fact that they haven’t started studying, it’s hard to say. What I can say is that students do it every year.

I’m not saying you should let out a blood-curdling scream the next time you’re at the library, but it sounds like it helps.

Traditions of the Ivy League Schools

No matter what campus you’re on, we can all share a few common sentiments. One of them is that organic chemistry (lovingly referred to as orgo) is one of the most stressful classes that many college students face.

Whether you are in the class or a quiet observer of your friends’ desperate attempts to keep up, everyone can feel the weight of an impending orgo exam. That’s why Columbia University decided to do something for their orgo students.

Each year, the library is sent into noisy chaos the night before the orgo exam, distracting all the students that are studying for better or for worse. The Columbia marching band marches into the library to play fight songs and music mixed with some jokes to alleviate the stress in the air.

However, if you are a student at Columbia, it may be good to know when the orgo exam is so you can stay far away or get a front-stacks seat to see the performance.

For me, anything involving food sounds like a campus tradition I want to take part in, but when you pair that with running, I’m not so sold.

However, that doesn’t seem to be the case for the students and thousands of other participants in North Carolina State University’s Krispy Kreme Challenge.

What started out as a weekend adventure for some of the school’s Park Scholars has now become a nationally recognized race. Participants run two and a half miles from campus to Krispy Kreme, consume 12 donuts (mind you, there are multiple tricks and tips to donut consumption on the race’s website), and then gear up for the two and a half-mile trek back to campus.

In my opinion, the only thing worse than running is running with 12 Krispy Kreme donuts in your stomach weighing you down. However, the reward is pretty sweet. All the money raised from the race goes to the University of North Carolina’s children’s hospital where The Challenge has raised $2 million since its creation.

While one may not require as much athletic prowess in this next tradition, Swarthmore College likes to get their students active with the annual Pterodactyl Hunt.

What began as an inside joke between some friends has now turned into a campus-wide event hosted by Psi Phi, the science fiction club on campus. With a massive turnout every year, students are required to get armored up in their favorite garbage bags before being given their weapon, a foam sword.

Separated into hunters and monsters, the students are set off to run around campus and wack each other with foam weapons. Though there are rules to the game and very specific characters, I wouldn’t be surprised to find out that most students are just looking for an excuse to wack their friends or the girl in their math class that always gets an A and just HAS to talk about it.

While pterodactyls may have gone extinct many years ago, it doesn’t look like this tradition is going anywhere soon. 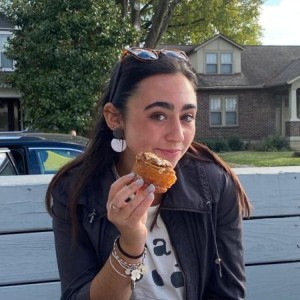 Alyssa is a junior at Vanderbilt University double majoring in Secondary Education and English with a minor in Italian. When she isn't writing for Niche, you can catch her on stage with her musical theatre organization, giving tours of campus or reading Shakespeare, all with a coffee in hand.

The 5 Most Outrageous College Campus Traditions
Find Where You Belong