Should You Redshirt Your Kindergartener? Here’s How to Know

Talk about redshirting, and most people probably think of college athletes who are held back from playing their freshman year. By the time sophomore year rolls around, the player has had an extra year to grow and practice and is ready to maximize his or her talents. Redshirting, however, is not just for athletes. Some parents use the same concept to hold back their children from starting kindergarten.

In many school districts across the county, if a child is born before September 1, he or she will start school the year they turn five. Some parents/guardians, however, keep their children out of school and decide he/she should start kindergarten a year later.

Known as academic redshirting, this practice was highlighted in Malcolm Gladwell’s 2008 book, Outliers. In the book, Gladwell examines factors that have led to people to be high achievers. One factor he points to is those who have birthdays earlier in the school year and therefore are older than their peers when they started kindergarten. The bestselling book led to an increase in academic redshirting but was not the beginning of it. A New York Times article from the early 1990’s noted “a rapidly increasing number of parents” began redshirting their children in the mid-1980’s.

While still prevalent, the trend of academic redshirting has faded the last few years. A U.S. News & World Report article put the number of those redshirting at 3.5-5.5%. The article also notes that of those redshirted children, 70% were born in the summer months. Boys are twice as likely to be redshirted as girls are. The practice is also twice as common in schools serving affluent student bodies as to those serving low-income families.

As noted above, the year a child turns five (as long as it is before September 1), he or she begins kindergarten. However, in New York City, the cutoff date is December 31. Therefore, nearly 1/3 of the children (those born between September 1 and December 31) are less than five years old when they begin kindergarten. Alina Adams a school consultant and the author of the Amazon best-seller, Getting Into NYC Kindergarten, works with dozens of families every year to find the best school for their child and contributes to a national blog, New York School Talk. Adams is concerned with the rigidity of the system and has seen a number of children struggle. “Some kids are not developmentally ready, particularly younger boys.” This can lead to children being mislabeled and a lowering of their self-esteem.

While each child is different, there are few points parents should consider when making a decision regarding kindergarten for their child:

Expectations for kindergarten have changed. It is no longer primarily focused on play, and academic expectations have risen. So, students need to be prepared to learn. One way to judge that preparation is their social emotional level.

CASEL, The Collaborative for Academic, Social, and Emotional Learning, defines social emotional learning as, “the process through which children and adults acquire and effectively apply the knowledge, attitudes, and skills necessary to understand and manage emotions, set and achieve positive goals, feel and show empathy for others, establish and maintain positive relationships, and make responsible decisions.’

Tanya Romandia, whose undergraduate degree is in early childhood education, is a veteran pre-K teacher. Over the past nine years, she has been a lead pre-school teacher, and her role included helping parents with their decisions to move forward into a kindergarten program at both private and public schools across the Los Angeles area. “Today, more people are taking into account the child’s social emotional maturity (current and future) when considering academic redshirting,” says Romandia. When consulting with parents, Romandia recommends academic redshirting when she feels an extra year of pre-K can help a child gain a stronger sense of self, greater understanding of who they are as a student, and increase their social emotional development.

There are no set expectations of what a child needs to know upon entering kindergarten. Reading or not reading, counting or not counting, ABC’s or no ABC’s – every child is unique. Each one can experience success in kindergarten regardless of their academic level.

While Romandia says a student’s knowledge is not her primary concern when considering if a child is ready for kindergarten, she looks for signs that they are ready to engage academically. Romandia says, “My biggest concern are if a student can participate in a project from beginning to end, if they’re excited to do project, and how engaged they are.” If the child can do these things, Romandia says a qualified teacher will be able to teach the child.

Adams also looks for signs that children are prepared to engage rather than their specific academic knowledge. “Students need to be able to focus on detailed work and sit for table time,” says Adams.

The kindergarten decision comes a few months before the actual start of the school year. And it’s nearly impossible to predict how a young child will grow, change, and develop, let alone the year if the child is held back.

Romandia has seen families base their decisions on a number of factors, including physical. When a family holds back a child because of height or physical stature, she views it as a mistake. “If the only reason a family chooses redshirting is so the child will be bigger, they are projecting and guessing what may or may not happen.”  She emphasizes the changes parents are hoping for don’t necessarily occur during the year when a child is redshirted. Therefore, if a student is socially emotionally ready and academically ready, Romandia believes they should move on.

A student of Romandia’s was academically ahead of his classmates, yet he was small. He also didn’t engage well with other students and had some behavioral issues. The parents wanted to redshirt the child. Romandia felt the child should move on and his primary issues were due to being bored. He ended up going to a gifted and talented school and is thriving.

As parents, we want what’s best for our children. So the natural question is, “Does redshirting help the child?” The Brookings Institute cites two popular studies which come to the same conclusions: “Both studies find that the benefit of being older at the start of kindergarten declines sharply as children move through the school grades.” The article goes on to mention that the gains vanish by high school when, “the redshirted student is at most 7% older than his peers.” So, those early gains made by redshirting the child which come from being older are negligible by high school. 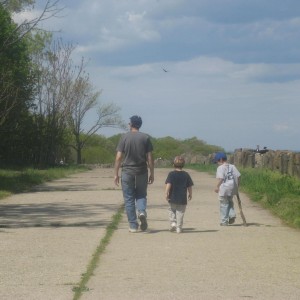 Should You Redshirt Your Kindergartener? Here’s How to Know
Find Where You Belong