Take 10 minutes to click through the succession of YouTube videos suggested by the popular video site’s algorithms on any kid-related search, and many parents are horrified by what they’ve stumbled into. Either it leads to benign yet mind-numbing “unboxing” videos that fuel materialism and greed, or its a quick path to adult content that they should not be seeing. Rumors and hoaxes have also spread about videos instructing kids to commit violence such as the Momo Challenge hoax. YouTube can be a terrifying chasm for parents and children to navigate.

Does that mean, then, that parents should avoid the site altogether, or is there quality to be found among the drivel? The answer is not clear cut, but with some guidance, parents can make the right choices for their family.

Niche spoke with Devorah Heitner, Ph.D, author of Screenwise: Helping Kids Survive (and Thrive) in Their Digital World. Heitner has built her career around giving parents reasonable advice on raising their children in the digital age with the right mix of caution and freedom. She spoke to NPR for their LifeKit series on screen time. Heitner is not against YouTube, but urges parents to consider it a “yellow light” use of screens. In other words, proceed with caution.

“We don’t want it to be their go-to for main media. Make sure you are with them when you watch certain trusted channels.”

There is value to be found in YouTube, Heitner believes. Parents should find quality creators, watch them closely, google the channel, and watch more than one video. “YouTube doesn’t have the predictability of broadcast TV. If I walk away and my 10-year-old is watching Smallville, while it is maybe not the most ideal show for his age, I know what is in it and there won’t be surprises.” YouTube is something families should do together or while parents are in the same room, in her opinion. While there is a kids YouTube app, Heitner notes that it is not infallible. It also might bore your kids, depending on their age, as it blocks out most content that any kid over 7 would be interested in.

So who are some of the quality creators out there? Niche talked to two popular channels followed by parents seeking quality YouTube content. The Axel Show and SciShow Kids, at 875K and 288K subscribers respectively, work to be heard above the commercialized din of YouTube. While far behind some of the juggernaut children’s YouTube channels in terms of popularity — Ryan’s Toy Review, for example, has 19 million subscribers and earns $22 million per year — these channels have still managed to gain a substantial following while remaining committed to their ideals.

The team at SciShow kids began formulating the idea for a quality YouTube channel in 2014. They liked the idea of the new YouTube Kids app, which meant kids could watch their content ad-free. Their goal was simple. SciShow told Niche that they thought a lot about what sparks curiosity and awe for kids. They wanted kids to understand that just by asking questions and seeking answers, anyone can be a scientist. With this as their central goal, they began creating their content.

Starting with a simple childhood curiosity, such as “How are bubbles made?” the hosts walk through the physics and chemistry behind simply blowing a bubble. What makes them round — even if your bubble wand is diamond shaped? What would happen if you used just soap, or just water? Step by step, kids are drawn into the scientific method through their own curiosity.

“SciShow Kids distinguishes itself from other kids YouTube content by not being patronizing, by being a little more challenging and demanding a little more thought and attention, and, most of all, by being rigorously fact-checked and held to the same standards as science content for older audiences,” the team says. There is so much false information on YouTube that they pride themselves on making sure parents can trust what they are exposing their children to. The team says they don’t try to compete with the noise of other channels on YouTube. Teachers and parents search out their content once they see its value. The show has not ruled out looking for another platform to share their videos, though, due to the drawbacks of YouTube related to advertising.

Sarah and Patrick South, who create The Axel Show with their two children, Axel and River, have similar goals to SciShow Kids. Their idea started with Axel’s interest in construction vehicles, and a need for childcare. They realized that there wasn’t a lot of quality content out there for kids, yet also — like many parents — they sometimes needed some digital entertainment to get things done.

Since Patrick worked in construction at the time, this led the family to begin their channel focusing on exploring Axel’s interests. In one instance, the family made an entire vat of healthy soup, while Axel loaded all the chopped vegetables into the pot with his (cleaned) toy dump truck. Conversation ensued about nutrition, health, and taking part in cooking with your family.  They’ve done multiple videos on what is safe to eat in nature. A channel favorite is when they caught and cooked a snake over the campfire. Sometimes, they also make blanket forts, have Nerf wars, or build with Legos.

The show has remained nature and creation focused since its inception almost five years ago. “If you see the way we light up as a family when we are in nature — exploring, picking berries — it is so obvious that we are having more fun than with toys.”

The family did choose to do some sponsored content and to allow ads on their channel after careful consideration, but they say they’re very careful about what they promote. They might show something they made with Legos or a new truck, but always end each episode reminding kids they don’t need toys to get out and have fun.

“We could be idealistic,” Patrick told Niche, and “not promote any of these big companies, but we needed to go where these kids are, incorporate toys in a way we were initially averse to, with a goal of getting a message to them. If we were not feeding the algorithm that caters to people’s desire to click, click click, we became irrelevant. So we cater to that, but we are also feeding them something they didn’t expect to get in the quality of the content.” Patrick and Sarah have been able to replace their full-time incomes with the revenue from YouTube, which allows them to continue to produce quality episodes. Like SciShow Kids, they have considered other platforms as they struggle with the drawbacks of YouTube, but at this point have no firm plans to leave the site.

YouTubers as Moms and Dads

How do full-time YouTubers manage YouTube for their own kids, then? Niche asked the Souths, and Sarah shared guidelines very similar to those set out by Heitner. She has watched the entire YouTube craze develop from a mother’s standpoint, and the family has set tight guidelines on their two children. “He’s a really curious kid, and he uses technology, but YouTube is rare. He will watch tutorials for his GameBoy, but always with us nearby.” River, their 4-year-old daughter, mostly likes to watch her own family’s channel with her parents.

They also have open communication with their kids about the advertising.  “We’ve talked about marketing and advertising since Axel was 3. We’ve said ‘This is a company and an ad, they have an objective to sell products to you.” Through this open communication they feel they have struck just the right balance of caution and support that Heitner recommends.

Every family will make different decisions about technology and content for their family, but by having open communication and vigilance, families can utilize the free quality content of YouTube while keeping their children safe. Websites like Common Sense Media review YouTube channels and can be a terrific resource, but the best tactic is to sit with your children and watch. Have open discussions. Be a part of their media usage. “Think of it as mentoring, not monitoring,” is the final advice Heitner leaves us with. 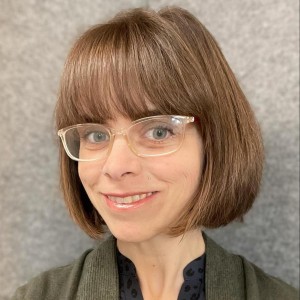 Meg St-Esprit, M. Ed. is a freelance journalist based in Pittsburgh, PA. She is a mom to four children via adoption, and enjoys writing about issues related to parenting, education, and community development. Follow Meg on Twitter , and Facebook , and check out her website megstesprit.com.

Should Parents Write Off YouTube? Not So Fast
Find Where You Belong