Our Nation’s Migration — Where Are Movers Moving, and Why?

If you’ve ever moved across the country, or even just across state lines, you know it’s no small thing. Whether it’s for a great new job, to be closer to (or further from?) family, or just for a change of scenery, something about that new place drew you toward it. But America is big, and incredibly diverse in a myriad of ways, so the reasons one may have to move to a certain part of the country can vary widely.

It stands to reason, then, that not every state in our nation is equal in its ability to attract newcomers, and the states that are most attractive might not be the ones you’d expect.

Which states lure an outsized proportion of newcomers, and what makes those places so appealing? We explored trends in migration across the United States and found that some surprising places  (North Dakota, anyone?) topped the list.

Our data comes from the American Communities Survey, an annual survey by the United States Census Bureau that collects data on subjects like housing and jobs, and also trends in migration. For this analysis, we looked at the number of people who have moved to a new state in the U.S. in the past year based on the 5-year ACS Estimates. This number also includes people who have moved to the state from countries abroad.

It came as no surprise that large states dominated when it came to the raw number of people moving to there — a full quarter of all of the people who moved to a new state in the U.S. or from abroad moved to Florida, California, or Texas. This is hardly remarkable, though, when you consider that these are the three most populous states in the country, with more than a quarter of the population already living there. We needed to dig a little further than just the raw numbers to find which states are having an exceptionally large impact relative to their size.

Percent of All Newcomers Going to Each State

To find the states that take a larger share of newcomers than you would expect, we needed to overcome the fact that larger states will naturally take a larger share of movers. To do that, we looked  at the number of people who moved to the state from a different state or from abroad within the past year as a percentage of the total population of the state, and uncovered some interesting results.

What is it about these places that causes them to have such a large proportion of newcomers relative to their size? It’s easy to understand why the District of Columbia tops the list. The whole territory is a booming metro area attracting people from across the country and around the world. It’s so tiny that a resident doesn’t need to move far to be in an entirely different state — in just a few miles you can go from Virginia through Washington D.C. and all the way to Maryland.

The rest of the list, though, is a bit more puzzling. One in every 20 people who live in North Dakota, Alaska, or Nevada moved there within the last year. There are some similarities among those topping the charts, but nothing obvious linking them. North Dakota and Alaska both have low populations, but Nevada doesn’t. North Dakota is one of the least visited states in the country, but tourism is booming in Nevada.

Exploring what attracted people to these states at the top of the list tells us that there isn’t just one reason that a state may be more attractive than others.

North Dakota doesn’t often win popularity contests, but it tops the list of attractive states for newcomers. Why? What makes this state, one of the least visited states in the country, one of the most popular to move to relative to its size?

For North Dakota, it boils down the opportunity for a good job. The state consistently has one of the lowest unemployment rates in the country, around 2.3%. This is due in no small part to an oil and gas industry ripe with high paying jobs to those willing to relocate. The state also has a strong tech industry — Fargo is home to one of Microsoft’s largest offices. The opportunity for a good paying job and a low cost of living combine to make North Dakota an attractive state for transplants.

In Alaska, the employment situation isn’t nearly as rosy. Unlike North Dakota, the oil and gas industry is in decline, and the unemployment rate is very high (around 6.8%). So, if it’s not for the jobs, why are people moving there?

For one, the idea of moving to Alaska has an undeniable wild romance to it. There’s something exhilarating about the fantasy of moving to the untamed wilderness to begin a new life for yourself. It turns out, however, that it’s more than the wilderness that is drawing people to Alaska.

Alaska will actually pay you to live there.

That’s right — the state of Alaska has a permanent fund financed through oil revenue that pays dividends to every Alaskan who has lived there for a full year and intends to stay. These dividends are often over $1,000 per person! Combined with the fact that Alaska has no sales tax or income tax, we can see why the state is financially enticing, in spite of the lack of job opportunities.

Which states are the most tax-friendly for your income bracket?

Looking more closely at the reasons a person would want to move to some of the top places on our list shows that there isn’t any one reason a state becomes popular with newcomers. If you have great job opportunities, like North Dakota, it can make up for a lack of exciting attractions. You can be a booming metro area, like Washington D.C., or full of untouched wilderness, like Alaska. In the end, it seems that it’s what makes a state unique that makes enticing.

How Does Your State Stack Up?

Use the interactive map below to check out how many newcomers live in your state compared to the total population.

Newcomers as Percent of State Population

Looking for a great place to live? Start here 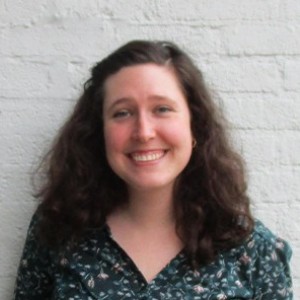 Rebecca is an Associate Product Manager at Niche who loves playing with data. Though she’s traveled the world, she’s happy to have landed here in Pittsburgh. Outside the office, she enjoys attempting new recipes with friends, patting her bunny, and giving tours at the local whiskey distillery.

Our Nation’s Migration — Where Are Movers Moving, and Why?
Find Where You Belong