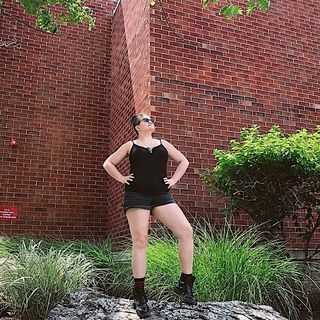 I Found My Niche At The Culinary Institute of America

School: The Culinary Institute of America

“I chose the CIA because of my chronic depression and anxiety. When I was seven, I moved next door to an old Italian woman who became a third grandmother, mentor, and friend to me. She taught me how to bake and bake well, and how feeding people you love is one of the most beautiful ways of showing them you care. When my anxiety and depression reached their peaks in high school, I turned to baking to give my brain some respite.

It wasn’t difficult to pick CIA over any other culinary schools, as I had been told once it was the “Harvard” of culinary schools. I’ve never been known to settle for less! So I graduated high school and went straight to CIA and never looked back! ☺️” –@grave__digger

I Found My Niche At The Culinary Institute of America
Find Where You Belong
Discover the schools, companies, and neighborhoods that are right for you.
Do you work for a school or college? Claim Your School
©2020 Niche.com Inc.