This Mom Sent Her 3 Kids to College for Free. Here’s How You Can, Too Norma Richards is a lot of things: a microbiologist, a former science teacher, a wife, and mother, and a successful author, speaker and scholarship maven. And that’s not all.

“I’m a believer,” she says to a group of parents and students during an event in Pittsburgh’s Hill District, put on by local nonprofit publication PublicSource. She goes on to explain her belief in the ability to overcome obstacles through education, a lesson she learned in her native city of Flint, Michigan, where people were able to transition into new jobs through computer training programs after the auto industry there bottomed out.

She also believes parents can guide their children toward earning a free ride to college. In fact, she literally wrote the book on it.

Drawing on the experience of sending her son and two daughters to college on scholarship money – in effect saving her family over $500,000 – Richards wrote the series Free Ride to College: A Guide to Grooming Your Kids For a Full Academic Scholarship. She’s now touted as the nation’s number one college readiness scholarship expert and travels throughout the country speaking to parents, students, and educators.

Using stories about her own process, as well as things she’s learned along the way, Richards gave some valuable insight on how parents and students can get on the path to scholarship success.

How soon should families start preparing their kids for college? For Richards, the process started when each of her kids was 8-years-old.

“Unfortunately, people usually wait until the last minute to figure out how to get money for college,” she says.

She adds that parents should encourage their children to start developing skills that will make them more desirable candidates for scholarships. Besides having high academic achievement and extracurricular activities, she recommends that students study a second language (her own children speak fluent Spanish and Portuguese). She also advises that students maintain friendly relationships with their teachers, who will hopefully provide glowing recommendation letters, and hone excellent writing skills to apply for scholarships, many of which require multiple essays.

But not everyone needs to begin in elementary school. Students and parents could start preparing to apply in the ninth grade and be “scholarship ready” by end of sophomore year. Just don’t wait until senior year, cautions Richards.

“The thing parents usually say to me is they I wish I had done this earlier,” she says, adding that parents have taken money out of their 401Ks or had to work two or three jobs in order to pay for their child’s college tuition. “I don’t want you to be in that situation.”

“It doesn’t matter what field you want to study, you are going to use some technology,” says Richards. “That’s the society we live in now.”

She emphasizes that children and teens should learn programming languages like C++ and Javascript. More importantly, students should focus on taking classes in science, technology, engineering and math, or STEM.

“If you major in STEM there’s so much money out there,” says Richards, pointing out that jobs in STEM careers, such as engineers, roboticists, and programmers, are in high demand and will only keep growing. She admits she’s a bit biased towards engineering, as her children chose careers in the field (her son is a systems engineer, while her two daughters pursued food, agricultural, and biological engineering and materials science engineering, respectively).

As for those students intimidated by the STEM fields or think they may not have the aptitude for it, she says, “You don’t have to be a genius to major in STEM, you just have to be curious.”

Watch What You Say on Social Media

“I serve on a lot of scholarship committees and the first thing we do is eliminate applicants who post derogatory, negative, or vulgar information on [social media],” says Richards, adding that the way students present themselves online reflects on their ability to represent a school or scholarship organization.

She stresses that parents should monitor their child’s social media usage, and that students should not post anything online that “they wouldn’t be proud to show their grandmother.”

Want to know more? Free Ride to College: A Guide to Grooming Your Kids For a Full Academic Scholarship is available to buy online. 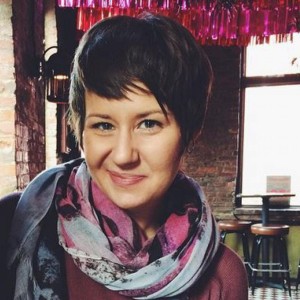 Amanda Waltz is a freelance journalist and film critic whose work has appeared in numerous publications, including The Pittsburgh City Paper, The Post and Courier, and The Film Stage. She currently writes for NEXTpittsburgh and is the founder and editor of Steel Cinema, a blog dedicated to covering Pittsburgh film culture. She lives in Pittsburgh with her husband.

This Mom Sent Her 3 Kids to College for Free. Here’s How You Can, Too
Find Where You Belong
Discover the schools, companies, and neighborhoods that are right for you.
Do you work for a school or college? Claim Your School
©2020 Niche.com Inc.