How to Choose Your College Roommate: The Questions You Really Should Be Asking

Even since I was a little girl, I thought about who my future college roommate would be. I imagined our tiny Pottery Barn Teen decorated room with a white flokati rug and string lights. I imagined having the perfect balance of being friends with my roommate without any drama between us. We’d hang out outside of the dorm, from going out to dinner to coordinating our friend groups meeting up on nights out. Being the Type A kind of person that I am, I immediately began my search for this person once I was accepted to Northwestern early decision. I had an extra three or four months on many other students in the roommate selection game, and I aimed to use them well.

I began by posting a short introduction in our class’s Facebook group detailing who I am, what I’m passionate about, my major, and so on. It is customary to include a few pictures of yourself and your life, almost as you would on a dating app. In fact, the entire roommate selection process reminded me of speed dating — introducing yourself through Instagram or Facebook direct messages and asking awkwardly what temperature they like to keep the room at when they sleep.

That really is the most important part. In order to ensure you end up with a roommate who is compatible with you, you need to be asking the questions that may not seem as important. Before I agreed to room with my roommate, I asked her tons of questions both over text and FaceTime. I wanted to make sure that our answers aligned and that we could get along as cohabiters. Personalities become very important when you are forced to exist for a year in a glorified jail cell with someone you have never met in person.

Beyond the typical questions people ask when searching for a roommate (sleep schedules, room temperatures, cleanliness of the room, et cetera), there are a few questions I would like to highlight as underrated throughout this process. One important question for me was whether my roommate was an only child or if she had ever had to share a room before (she had not, and that ended up being problematic).

A follow-up to that conversation could be asking the other person if they know of any living habits of theirs that might seem unusual to someone else seeing them for the first time, from sleeping habits to post-shower routines. In my experience, it can be difficult for people who are only children or who have never shared a room to pinpoint an answer to this question because they have most likely never been confronted about it.

If you have the same décor expectations that I did, it’s important that you are honest about that from the beginning. Sweeping it under the rug and hoping for the best rarely works out in your favor. It can be difficult to convince the other person why your comforters need to be complementary instead of matching if they are not the interior design queen you consider yourself to be. I thought I could secure a roommate and cover logistics later, and I was wrong.

I ended up having to do the vast majority of the planning and purchasing on my own because I had an unrealistic vision of what our room could and should have been. My roommate could not have cared less about our grass rug, and that bothered me until our last day together (which was approximately four weeks into the second quarter). If you place a lot of value on the appearance of the room, you should be up front about it and not assume the other person will value it the same.

Find The College Where You Belong

One struggle I encountered was realizing that when my roommate had answered the questions I asked her the spring and summer before, she had answered them in an aspirational, rather than literal, sense. When I asked how she liked to keep her room, her answer had me under the impression that our future room would be clean—not spotless, but not dirty enough to gross me out.

Upon living with her for about a week, I realized that either our definitions of clean were very different or she genuinely believed that the room was clean, in all its stacked-up-dirty-dishes glory. Maybe she had told herself in June that she would try harder in the fall, and she was not up to it. Whatever the case, it was hard for me to adapt to that sort of living condition, and I constantly wished I had asked more detailed questions before agreeing to live with her.

You could do all of these things wrong and still end up okay; one of the saving graces at my school and many others is the “roommate contract”. The contract is a form you fill out within the first month of moving in, where you and your roommate must answer questions provided by the university and facilitated by your Resident Assistant. We were confronted with questions about hosting guests, bedtimes, and much more.

At my school, we filled out the questionnaire independently, submitted it, and were required to redo it if we had inconsistencies between the two of us. This forced us to acknowledge any answers we disagreed on and either come to a compromise or mark a box that said we agreed to disagree. This contract came in handy a few months down the road when my roommate was not fulfilling certain promises she had made. I was able to take my problems to our Resident Assistant because my roommate had agreed to do certain things and was not doing them.

At the end of the day, there really is no way to guarantee you will get along with your roommate. However, I believe that there are important steps you can take to both try your best to choose the right person and prepare for when inevitable conflict occurs. Having a roommate is something everyone should experience because it forces you to reevaluate your habits and understand why you are the way you are. While my roommate experience has been tough, it has helped me to better understand myself and understand what I want from my living situation going forward. 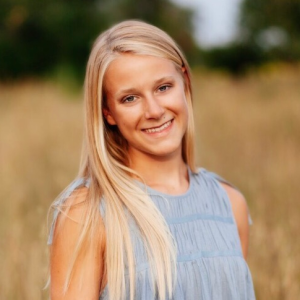 Jenna is a first year journalism student at Northwestern University with a concentration in law. She writes about fitness and relationships for Her Campus Northwestern and works on the corporate section of her school’s most popular magazine, North by Northwestern. In her free time, Jenna likes to sail, go to the gym, and eat pasta with her friends.

How to Choose Your College Roommate: The Questions You Really Should Be Asking
Find Where You Belong
Discover the schools, companies, and neighborhoods that are right for you.
Do you work for a school or college? Claim Your School
©2020 Niche.com Inc.