College application season can be a stressful time for students. Standardized testing, approaching deadlines, and tons of essays to write is a lot to take in at once.

As someone who’s been through the process, I have a few quick tips to make the process as smooth and easy as possible.

Of course, it’s still bound to be a draining process, but hopefully these five pieces of advice can help you push a little bit stronger (and faster) through the process.

1. Do your research before applying

My number one piece of advice to make sure you’re not completely overwhelmed by the college application process is to only apply to schools you could actually see yourself attending.

How do you make sure to do that? Do your research about schools before applying to them!

What can make the college application process harder and more tedious is if you are applying to more schools than you need to. It’s easy to get caught up in that mindset of “what if” and apply to schools thinking “what if this could be my future college?”

I applied to 20+ colleges. I knew nothing about most of the schools I was applying to besides the fact that they had a good name reputation.

I knew nothing about the social life, the classes, or even the majors at the schools I was applying to, but I decided to go for it anyways, just in case it could end up being THE school.

The harsh reality of the situation is that at the end of the day, you can only choose one school. Even with a million acceptance letters, there is only one school that you’ll eventually be able to attend and thrive at.

After writing over 100 essays and spending more than 500 hours total on the college application process, I realize that it wasn’t worth all the stress I put myself through.

Before you even begin writing applications that may not end up being necessary, ask yourself if the school you’re applying to is really one you could see yourself at.

If you find that the school isn’t truly one you would be happy at for the next four years of your life, reconsider whether you should apply in the first place.

2. Show your research while applying

This tip goes hand in hand with the previous one and shouldn’t go unsaid. The best way I’ve heard it described is as a dating website or a matchmaking company.

If that college accepts you, they’re probably denying someone else who is vying for the exact same spot. So, colleges want students who they think will choose them.

Now the million-dollar question: how do you show colleges that you would choose them over the other colleges on your list? The answer is the same as the previous one: research!

This time, it’s not just about doing your research but about actually showing colleges that you’ve done it. Most colleges have a classic “why us” essay prompt that they use to gauge whether you, as the applicant, are genuinely interested in attending the college.

They ask this question most often to weed out applicants who are applying because their best friend is or because their parents forced them to.

My million-dollar advice to you would be to take this question seriously. Show the college that you’ve done your research and are so interested in the school that you’ve taken the time to find out as much as you can about them.

Even if a school doesn’t have a separate question specifically designated for this purpose, make it a point to show the college in your other responses that you know the school inside out. Perhaps mention a specific student organization or a specific class offered at the college that you’re excited to take; trust me, personalization goes a long way!

3. Don’t stress too much about standardized tests

Oh, how I wish I knew this one before I started applying to colleges!

What most high school students taking their standardized tests don’t know is that each school has a designated range of standardized test scores that they tend to accept. Although most schools don’t have a hard cut off, the general range of scores accepted by a school is commonly available on the internet.

My advice to you would be to make sure your score falls into (or at least near) this standard range, but don’t stress past that! The reality of the situation is that once you’re in that general range, most schools don’t differentiate between a few points here and there.

What I wish someone had told me before—and what I wanted to share with you now—is not to spend time restudying and retaking tests if you’re already in the range that your target college is looking for.

At that point, you’re probably better off spending your precious time on something else, such as focusing on crafting a better resume or participating in more extracurriculars. Your standardized testing scores don’t matter as much as they might seem to at the moment!

This is a HUGE one and one that I feel isn’t emphasized enough by college admissions counselors. Rather than applying to more schools than you have to, consider applying for an extra scholarship or two!

Unlike colleges, most scholarship applications are free so, really, you’re not losing too much by giving it a shot.

When I was applying to colleges, I spent a more time writing college essays than I should have. All the scholarships seemed too competitive for me, and I remember thinking it was probably useless to apply to scholarships that I had no chance at anyways.

Boy, was I wrong.

If I could do one thing over about my experience applying to colleges in senior year of high school, I would have definitely gone out of my way to apply to more scholarships.

Yes, it can be intimidating at first! Most scholarship opportunities, if you peek around at their websites, have lists of students who have won those scholarships in the past, or lists of qualifications that they recommend you have before you apply. I’ll be honest, I think reading those lists and statistics is partially what scared me away.

I remember reading about the people who had won those scholarships in the past and thinking, I could never match up to them. So why even apply?

The little-talked-about reality of the situation, though, is that scholarships tend to put the best of the best awardees on their websites. After all, they are trying to make a good impression and uphold a certain reputation!

Just because you don’t think you’ve done as much as some people who have received the award in the past does NOT mean you shouldn’t apply.

In fact, out of the three scholarships I ended up applying to during my application cycle, I ended up receiving two of them! Now as I reflect on my experiences and think about what would have happened if I decided not to click that “apply” button, I realize my life would have been completely different.

If there’s one thing I would say to high school seniors who are currently in that phase of applying for scholarships and/or financial aid, I would say: no matter how big of a reach it seems like, go for it! You never know what might end up happening.

This may be the most cliché saying in the history of the universe, but when I tell you I mean it, I mean it! One thing I’ve realized going through the college application process is that college admissions officers are really good at reading you.

After all, it is their job! By this, I mean that they’re good at using your essays and what you’ve submitted to them to tell what kind of person you really are. One of the biggest things that shines through in college applications is passion.

After reading thousands of applications, admissions officers can usually tell if your resume was built from genuine interest and enthusiasm, or if you participated in things just for the purpose of building your resume. Make sure you’re doing things that genuinely interest you!

If you’re genuinely interested in reading, write about some of the books you’ve read! Even if your hobby is one of the weirdest to exist, write about it. Even though you may think it’s not as impressive as starting your own business or raising thousands of dollars for a charitable cause, guess what? It is!

Although this may be one of the easiest pieces of advice to implement, it also might be one of the hardest to follow. Do what you love; it’s useful in more ways than one! 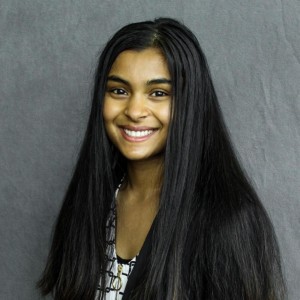 Anisha Holla graduated as the valedictorian of her high school, and has since been named a National Merit Scholar, a National AP Scholar and a Coca-Cola Scholar. She is currently one of 20 Eugene McDermott Scholars at the University of Texas at Dallas, where she studies Psychology on the pre-med track. She loves to play her piano, flute and guitar; and one of her favorite hobbies is trying out new food places in the area. Holla is fluent in Spanish, Hindi and Kannada, and newly conversational in Mandarin. After graduation, she plans to either pursue a career in psychiatry or an MBA .