Do Premeds Have to Major in Biology? Maybe you’re in high school, wondering what major to apply to when you start college, or maybe it’s your freshman year in college.

You’re not super sure what your major is yet, but you know you’re premed, and most premeds are biology and chemistry majors, so you’re thinking you would probably do that as well… right?

Choosing a major in college can be super stressful, especially as a premedical student. There are tons of students who are successful with applying into medical school as a biology major, but if you’re someone like me who was interested in a non-biological sciences major (I majored in statistics!) while premed, it’s worthwhile to explore that option and still be a competitive medical school applicant.

What is “Premed,” anyway?

A common misconception (and it’s something I didn’t know in high school!) is that premed is a major rather than a track. What that means is, “premed” is actually a list of courses you must get through in order to apply to medical school.

The other meaning of that would be, you can essentially major in anything and still be “premed”—you just have to take the premed classes.

These premed classes (we can also refer to them as “pre-requisites for medical school”) typically include a year of biology, chemistry, organic chemistry, physics, and a semester of biochemistry.

Some schools might also require up to a year of English, math, and social sciences courses (but it really depends!).

Simply put: what qualifies someone as premed is simply that they are intending on taking those medical school prerequisite classes and applying to medical school. It is, at most undergraduate institutions, not specifically associated with any particular major.

Are there such things as “more efficient” majors?

Of course, while you can major in basically anything and still fulfill the premed prerequisites, some majors are simply “more efficient” just by the nature of the subject itself, and this is why you see so many premeds majoring in biological sciences.

Biology majors already have to take biology, chemistry, and biochemistry to graduate, so the premed requirements overlap neatly with most major requirements.

On the flip side, let’s say you majored in English: in addition to all of your English classes that you would have to take, if you were premed, you would also have to take the premed courses. This requires some planning, and in some semesters, you might have a heavier course load, which may be difficult since it’s important to do well and maintain a good GPA in order to apply to medical school.

There was also no evidence that students majoring in biological sciences have an advantage in medical school admissions or MCAT scores.

Timeline for Applying to Medical School

I am currently a second year medical student, and I majored in statistics in undergrad. I used to feel out of place with my peers when I was premed, and at that time, there was a part of me that wondered if I will “make it” as a medical school applicant—just because I didn’t know if my choice of major would end up hurting me in the application process.

Looking back, I realized my interest in statistics has given me so many cool research opportunities that I wouldn’t have had otherwise, and while I was on the medical school interview trail, almost everyone was curious about my choice of major. I believe it was something that ultimately helped me stand out.

I’m not saying that every premed should pick a non-biology major—but if you do have an interest in majoring in something outside of biological sciences, do that! Your choice of major will not be something that hurts you, especially if it’s something you’re truly passionate about.

Bottom line: Major in something you know you’ll enjoy.

My best piece of advice for premeds and high school students considering premed: when it comes to choosing a major, the only thing that matters is whether or not that major makes sense for you as an individual and your future career goals.

It’s important to not let what your peers are doing (and their opinions!) influence your own decision making, and you can be incredibly successful as a premed whether or not you choose to major in the biological sciences. 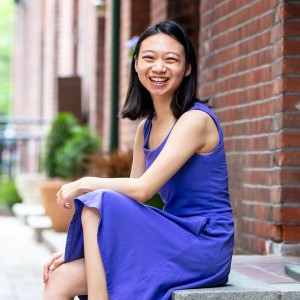 Hi I'm Cindy! Graduated from Cornell in 2019; now a second year MD-PhD student at Columbia. In my free time I enjoy running, playing my guitar, and making tiktoks! you can find me @cindykchen on most platforms :)

Do Premeds Have to Major in Biology?
Find Where You Belong