Whether writing comes easily and naturally or if it is a dreaded, anxiety-inducing task, one thing is for sure — the college admission essay is one of the most important essays you’ll ever have to write.

Within given parameters from a university, constricted with word counts and assigned topics, you have to eloquently tell your story and try to discern what the readers need and want to know about you all from a paper prompt.

But don’t fret. We spoke with leading college admissions experts for their best tips and guidance for navigating the admission essay process. Here’s what they had to say:

Nearly all experts we spoke with emphasized the importance of capturing the reader’s attention from the get-go.  Venkates Swaminathan, Founder and CEO of LifeLaunchr,  says, “The beginnings and ends of essays need to be attention-grabbers – use a metaphor or a question as your opening transition to reel in your reader. Pick a meaningful topic that conveys a powerful message you are passionate about. “

Ian Curtis, co-founder and the Director of Writing and Academic Development at H&C Education, added, “Aim for an uncommon and intriguing first line.  Avoid beginning an essay by introducing yourself, for example, since your reader already knows what your name is.” He also warns against making broad claims and instead, using concrete examples.

He reminds students that the essay is not an academic paper and doesn’t need to follow the traditional structure, either.

Be Personal, But Not Too Personal

The readers want to know about you and get a feel for what you’re all about. But they definitely don’t need to know everything.

On the other hand, Curtis reiterates that the college essay is in itself a personal statement. “It must show something meaningful about its author.  It should give readers a sense for how he or she thinks and sees the world, and of his or her values.  It’s fine for students to be vulnerable in their essays—in fact, I would encourage them to be vulnerable.”

There’s a fine line. Whenever you’re questioning yourself, it can’t hurt to ask others for feedback.

What NOT To Do

When writing the essay, there are so many variables within the ask and the individual writing that sometimes the best advice can be found in what NOT to do.

To err on the side of caution, it’s a good idea to steer clear of anything too politically or religiously heavy. Curtis says, “When it comes to big issues and religion, it’s difficult for 17-year-olds (or even most adults) to say anything meaningful about these subjects in 650 words.  You also run the risk of turning off your readers if your political or religious views differ from theirs.”

Mady-Grove also emphasizes putting substance over form and ensuring the entire piece is on your own voice. “While guidance from someone who is aware of what colleges look for in essays is very helpful, the story must be the student’s and the words must be the students’,” she says.

Christopher Rim, founder of Command Education stresses the importance of this, saying, “Don’t talk about that award you won, or that competition you crushed, or how you’re the only person who scored perfectly on that brutal AP calculus exam. The personal statement is meant to be just that – personal. Admissions officers have everything they need to know about your accomplishments in your transcript, activities list and the rest of your application. The essay is meant for you to add a voice and character to the admissions file with your name on it.” 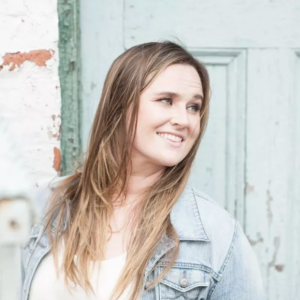