For some, Catholic school conjures up images of nuns in habits, rulers in hand, ready to whack the knuckles of disobedient youths. But today, many Catholic schools have evolved, and they’re competing with private schools for parents seeking an alternative to public education for their kids.

Of course, children whose families identify as Catholic are still the majority, but non-Catholic enrollment at Catholic schools is now almost one in five students. This is up from about 11% in 1980, according to the NCEA, which means religious diversity in Catholic schools is increasing.

For practicing Catholics, there are obvious advantages to having children attend Catholic school, such as communing with other faith-based families and consolidating regular school with Sunday school. But Catholic schools offer other potential benefits, whether your family is Catholic or not.

Lower cost than other private schools

If public school isn’t the right choice for your child, but private school seems cost prohibitive, Catholic schools might be worth looking into for their price tag alone. While they generally require tuition, many Catholic schools cost less than their private counterparts.

According to the National Catholic Education Association, the average cost of Catholic elementary schools in the United States is $4,400 per year, and for Catholic high school, it’s $9,840 per year. That’s a chunk of change, but it’s considerably less than the price of private education: The average annual cost of private elementary school is $9,263 per year, and for high school, it’s $14,017, according to the Private School Review.

Even if the expense is still a concern, NCES notes that almost all Catholic schools provide some financial aid, so it’s worth exploring what kind of tuition assistance may be offered.

If single-sex education is something you’re interested in for your child, Catholic schools may be one way to get there, at least when it comes to high school. Per NCEA, while the majority of Catholic elementary schools are co-ed, 30% of secondary Catholic schools are all boys or all girls.

Here are the Pros and Cons of Single-Sex Education

A culture of service

Though it may garner an eyeroll from your kiddo, many parents whose children attend schools that require uniforms — as is the case in most Catholic schools — see it as a pro. Though there’s the upfront cost of purchasing them, it typically pales in comparison to a back-to-school clothes shopping haul. Better yet, having uniforms takes the brain work out of dressing your kids for school, which is one less worry on the shoulders of busy parents. Uniforms can be beneficial in the classroom as well since it prevents students from becoming competitive about clothing brands or style.

A straight and narrow path to college

Above all else, parents want to send their kids to a good school, and while achievement levels vary, studies show that Catholic schools graduate a high number of students who go on to higher education. According to a report from the U.S. Department of Education’s National Center for Education Statistics, 62% of Catholic high school students went on to become college graduates or beyond by the time they were eight years out of high school. By contrast, just 31 percent of public school students ended up earning a bachelor’s degree or higher.

All this considered, if an alternative to public school is something you’re after, Catholic schools are worth putting on your radar, even if a religious education previously wasn’t.

Explore Catholic schools in your area 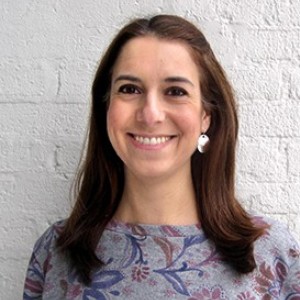