You Hit “Submit” on Your App, Now What?

Dust off your hands—you submitted your college applications. Congratulations!

Now what? You might feel tempted to prop your feet up and take a snooze.

You need to check on a few things to make sure you’ve crossed your T’s and dotted your I’s.

If you’re ready to do your double check, skip further down.

If you’re still in the application phase, here’s a brief rundown of admission types, application formats and helpful tips.

Before & During the Application Process

It’s really important to know which admission types each college on your list and the deadlines for those colleges or universities. Let’s backtrack just a second and go over the 8 college admission types.

Regular admission requires you to submit an application based on a regular application submission deadline, which typically falls sometime in early January.

You get admission letters in late March or early April and have until May 1 to either accept or decline any admission offers. Colleges that offer regular admission usually incorporate an early college admission option as well—more on that below.

Admission committees at colleges and universities review your application as soon as they get it, rather than setting an application deadline and reviewing applications in a group. Instead, you hear back about admission decisions quickly.

Because rolling admission is non-binding, it means you don’t have to decide which college you’d like to attend till May 1—the National Candidate Reply Date.

Early action means you can submit an application before the regular deadline. Early action plans are not binding—in other words, you don’t have to attend that particular college. Some colleges have an early action option called EA II, a later application deadline.

Early decision admission is binding and it means you apply for your first-choice college before the regular deadline. You’re required to enroll in the college if you’re admitted. You must also accept the offered financial aid award immediately. Some colleges offer an early decision option called ED II—a later application deadline.

Step 2: Find out how to apply to each school.

Next, find out whether the schools you’re interested in have their own applications or use another application that you can apply to a number of schools. Your options include:

The attraction to using the Common, Coalition and Universal applications is that they’re all free and you can fill out personal information once and keep all your applications in the same place. You can also create task lists to stay on top of your deadlines.

Pay attention to your limitations and the requirements for each application. For example, if you must craft a personal statement, make sure it adheres to the guidelines. Carefully read specific guidelines for each of these important portions:

Step 4: Spend time on the essay.

Check that you answer the prompt exactly and avoid misspellings or grammatical errors.

Talk about yourself in a way that you can’t find in the rest of the application.

Focus on commanding a powerful introduction so it grabs the reader’s attention immediately.

Think about books you’ve read that grab your attention and keep it and other essays you’ve written. How did the writer do that? Try your best to emulate that, and don’t forget to ask your English teacher for some pointers.

Whatever you do, don’t try to complete your application from start to finish two days before the deadline.

You could make mistakes—big ones!—if you don’t give yourself plenty of time to work through them.

Three weeks ahead of time—or earlier!—is a good rule of thumb.

Once you submit your applications, you want to make sure you’ve done what you needed to do.

Tip 1: Check for confirmation emails or messages in the portal.

Many colleges have a portal you can check to be sure all your materials are in. It may include a checklist that includes all the steps needed for a particular college.

If the college doesn’t have a portal (some only have portals for admitted students) check that you receive some sort of confirmation that your application was received. If you opted for the old fashioned route with a paper application (yes, some colleges still do those!), you may not receive a confirmation quickly.

Tip 2: Reach out if you don’t receive confirmation messages or an application status.

What happens if it’s crickets after you submit your application?

Don’t let that happen, or just wonder if a college has gotten everything.

Things get lost, whether it’s a letter of recommendation from your English teacher or your transcripts, particularly if your school sent a hard copy.

You need to do your due diligence to make sure every piece of information arrives at the school in plenty of time before the deadline.

You probably already know how long it should take to hear back from each college or university, but double-check to make sure.

Follow up if you don’t hear back within that time frame. You may want to reach out to ask for an update if a college’s typical deadline came and went.

Instead of running out and buying all the gear for that particular college (hats, sweatshirts and more), remember that if you’re academically on the bubble, you might want to start looking up a few application deadlines for other schools.

Don’t hang all your hopes on one college.

Okay, you can take a nap after you hit the “submit” button because you’ve done some intensely hard work.

But, you do need to do some research immediately after you apply… and don’t let go of it once you’ve submitted your application. You want to stay on top of each application long after it’s submitted. 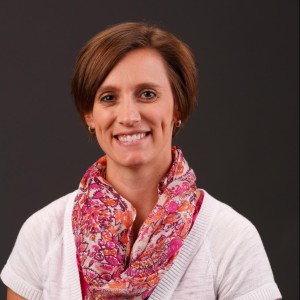 Melissa Brock is the founder of College Money Tips and Money editor at Benzinga. She loves helping families navigate their finances and the college search process. Check out her essential timeline and checklist for the college search!

You Hit “Submit” on Your App, Now What?
Find Where You Belong