I spent most of high school wanting nothing more than to escape it. I hated my suburban Pennsylvania town—its cold winters, its lack of ethnic diversity, its stifling sense of sameness. When it came time for me to apply to college, I had certain criteria for choosing. The school had to be far (four hours, minimum, but preferably over six hours and several states away); racially diverse (at least twenty-five percent of the undergraduate population should be students of color); and, ideally, warm.

Soon, I set my sights on Emory. It was an eleven-hour drive (or hour-long flight!) away, around thirty-five percent SOC, and situated in balmy Atlanta, Georgia. After I was accepted, college began to exist in my mind as an untouchably perfect place, if only because it would be different from high school.

Here’s the thing: my college experience has been infinitely better than high school in every possible way. But I was foolish to assume that it would be perfect just because it fit a set of requirements I had made for myself. I’ve learned now that nothing in college is ever quite perfect—things are, at first, incredibly unpredictable, and there are so many factors beyond distance and diversity that can impact an experience. Below, I’ve outlined the myths I believed on move-in day, and how I’ve discovered over the course of my first semester that they are meant to be disproven.

I won’t get homesick.

I never thought that I would miss home—after all, I had always been so ready to leave it. I believed that I would adjust to college life with virtually no issues, because I considered myself a relatively independent person. For a month or two, this held true. I called my parents often, but I was taking care of myself. And the distance didn’t bother me. Atlanta had the culture, the vibrancy, that western Pennsylvania lacked. All in all, I was having too much fun to think about much else.

Much of this was, I think, subconscious pride. My bragging about Atlanta was born out of a refusal to admit that maybe I wasn’t as above Pittsburgh as I thought I was. If I started to miss something, I squashed the desire; to admit a longing for home was to be weak.

In reality, the first-semester transition from home to new home is difficult, no matter who you are, where you’re from, or how independent you think you are. When the honeymoon period of constant fun ended, I realized that this was the longest I’d ever gone without seeing my family. Suddenly, I missed a million things about home—late-night drives to Sheetz, my favorite reclining chair. I felt ashamed that I’d tried so hard to repress all of it.

Ultimately, college made me realize that the places we come from are not all that bad. The hometown and the collegetown can coexist without competing—and there’s no shame in admitting that.

The first people I become friends with will be my best friends.

They might be, but if they’re not, that’s okay! During the first week of school, I found a tight-knit group of friends, and we did everything together. I had people with whom I could study, eat, and go out. I soon began to realize, though, that I didn’t actually have much in common with these people. They were kind, but I never quite belonged.

So many beginning-of-the-year friendships are bred from everyone’s collective insecurities about, well, not having friends. We jump toward the first people we see who might accept us during a time of transition. We are all so desperate to find something resembling a family, something stable and secure. And so these college friend groups can become all-consuming—you spend all your time with them because they’re all you have, in the process isolating yourself from potential new friends.

I learned that, if I was dissatisfied with my current friendships, I had to push myself to meet new people. I started spending more time hanging out in the dorm lounge with my floormates, and they’ve now become my best friends. It was scary at first, letting go of the one familiar thing I had found, but it was worth it in the end for people with whom I genuinely felt at home. I won’t get upset about failure.

I always heard stories about kids who were so used to being the smartest people in their high schools that their first bad grades in college completely crushed them. I told myself that that wouldn’t be me, because I wasn’t a perfect student in high school. With my handful of Bs and many failed statistics tests, I figured that poor grades would be no novel concept to me.

Just because something is familiar, though, doesn’t make it hurt less. I cried for hours over my grade in Psychology, lamenting the fact that I would need a 95 on the final just to get a B-minus. I envisioned a plummeting GPA and post-grad unemployment.

Yet all of this was natural. Necessary. Of course it’s frustrating, working so hard only to receive a non-reflective result. But failure is inevitable, and it teaches lessons. I realized I needed to improve my study habits and communicate more with my professors. Perhaps more importantly, I realized that failing something is much more inconsequential than it feels in the moment. Such a cliche, but so very true—I had a bad grade in Psych, but I still progressed to second semester. I’ll still most likely graduate to sophomore standing. I’m still alive. 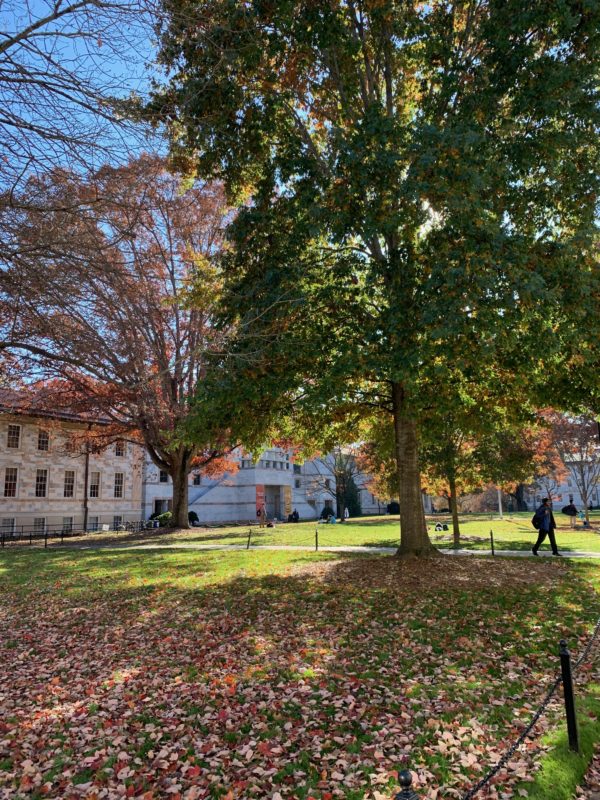 It will be easy to motivate myself, because I’m interested in the material.

One of the most exciting aspects of college for me was the fact that I would have the resources available to learn as much as I wanted about whatever I wanted. I could delve deep into the things I had long loved.

Well, I delved deep, and everything was fascinating. Then—as it does—the workload grew, and got more difficult. That’s not to say that my classes were no longer interesting, but just because work is interesting doesn’t mean it won’t feel like work.

Academic assignments can sometimes (but not always—I loved writing papers) suck the joy out of subjects. Lectures can become boring to attend; readings become dull. Whenever this happened, I began to search for ways to remind myself why I was studying these things in the first place, and that gave me back some of the motivation I had been missing. I’m a bit more realistic now about school; I recognize that the things I love will not always be easy. I’m going to be having the time of my life, all the time.

I remember how excited I was to take cute photos during the first week of school. I wanted to emulate the perfectly-edited feeds I so often scrolled through, the ones featuring only sunny days and smiling girls. I also remember how I felt when I first began to feel real despair at school. Everyone is having fun except for me, I thought to myself.

The thing is, nobody is ever having as much fun as their Instagram makes it appear. I’ve never chosen to post low moments of homesickness, failure, stress. No one does. And I’m glad that I’ve realized the impossibility of living a perfect and Instagrammable life. There have been times when I’ve called my mom, barely controlling my homesick crying. There have been times when I’ve felt sick to my stomach, unable to eat from stress. All of these times, I’ve found comfort in my roommate, other friends, or an RA. None of these moments are perfect. They can’t be edited and posted. But they’re still part of my college experience, and they’re part of what makes it so special. 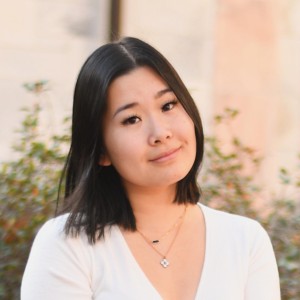 Julianna Chen is currently in her first year at Emory University, where she studies creative writing and film. She is the managing editor of Lithium Magazine and a contributing writer for Adolescent.net. When not writing, she is watching a movie or eating a stroopwafel, sometimes both at the same time.

5 First-Semester Myths, Debunked
Find Where You Belong
Discover the schools, companies, and neighborhoods that are right for you.
Do you work for a school or college? Claim Your School
© 2020 Niche.com Inc.